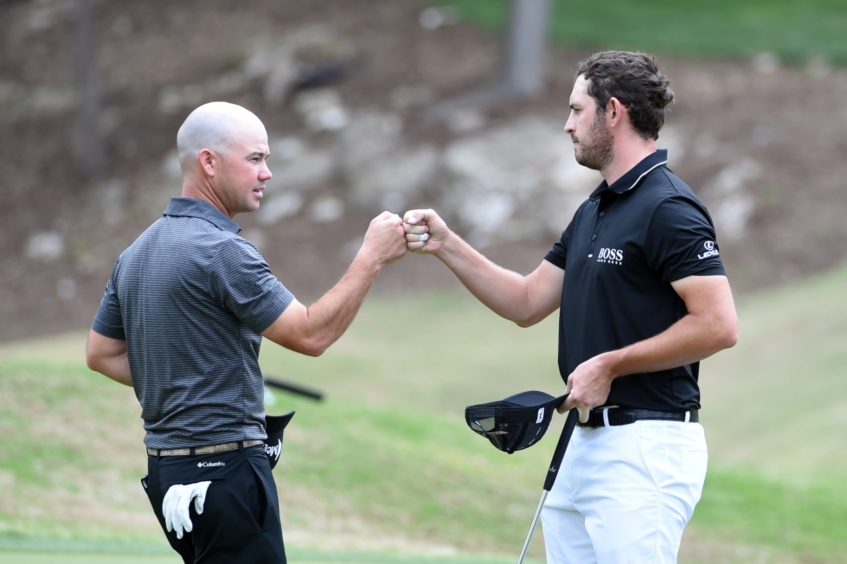 AUSTIN, Texas – It was a rough day to be a top seed as a raft of upsets ripped through Austin Country Club during the opening day of group play at the World Golf Championships – Dell Technologies Match Play.

Only six of the top 16 seeds managed to open group play with a victory – leaving the likes of Justin Thomas, Bryson DeChambeau and Rory McIlroy with just a slim chance to advance to the knockout stages.

Here are some of things you may have missed from the days 32 blockbuster matches. For a full recap on all 32 matches, check here.

Antoine Rozner was a name many at Austin Country Club were unfamiliar with and as such the expectation was big-hitting Bryson DeChambeau would have little trouble with the 28-year-old Frenchman.

But astute judges would’ve noticed the 58th seeded Rozner forced his way into the field thanks mainly to two European Tour wins since December last year, including a win just 10 days ago at the Qatar Masters.

Even bigger golf fans might be aware Rozner has match play pedigree – he won the French Amateur in back-to-back years and was also a college standout at the University of Missouri – Kansas City where he won six times.

On Wednesday the plucky Frenchman never trailed and was 3-up through 12 holes as DeChambeau failed to find many birdies. Even then the crowd figured he wouldn’t hold on and the match did indeed reach the 18th hole with Rozner clinging to a 1-up advantage. It was there that he hit an incredible flop shot approach to ultimately seal a famous 2-up win.

Despite being outmuscled all day, the French bulldog refused to waver from his focus. And while we’re calling it an upset – he doesn’t see it that way.

“It’s not every day that I can play match play against the world No. 5 in a tournament,” Rozner beamed afterwards. “I wasn’t curious. I was excited because it’s my first WGC. It’s match play. I haven’t played match play in a long time… it was just a lot of fun.

“In match play everyone is on the same level, so no, I don’t think it’s an upset. Obviously he’s a heck of a player. He hit the ball so far. (But) it doesn’t matter who you are. In one round you can beat anyone.”

Technically the highest seed to lose on day one was No.2 Justin Thomas. But his loss came at the hands of Matt Kuchar and former champion of the event and the runner up at Austin Country Club the last time we were here.

The recent PLAYERS champion Thomas had no answer for a Kuchar birdie blitz over the front nine and was 5-down when they reached the 10th tee. Thomas refused to give up but when Kuchar matched his birdie on the par-5 16th it was over, and the veteran took the spoils 3 and 2.

Ian Poulter and Rory McIlroy are friends but Poulter wasn’t going easy on his mate early Wednesday morning. In one the most lopsided matches of the day, Poulter gave McIlroy’s confidence a huge dent with a 6 and 5 thumping.

Things started terribly for McIlroy who went behind on the opening hole and then three-putted the fourth from close range to fall further behind.

If the three-putt was bad, his next shot was worse. As he looked to get close to the drivable par-4 fifth, McIlroy overcooked it left and ended up in the swimming pool of an adjacent house.

A brief midround fightback was stomped in incredible fashion from match play specialist Poulter meaning McIlroy has plenty of work to do with new coach Pete Cowen.

Check out the lowdown on that change and Poulter’s “no holds barred” approach here.

Shout out to Webb Simpson for his 6 and 5 win over Talor Gooch and also Dylan Frittelli who put the same score up against Tony Finau.

Cameron Smith looked dead and buried sitting 2-down with three to play against Lanto Griffin. By the time they both reached the 16th green Smith had a 13-foot birdie putt while Griffin may have been thinking his 9-foot chance could be for the match.

But the Australian buried his putt to at least ensure one more hole and then received a burst of energy when Griffin missed his chance. From there he refused to let Griffin off easy.

Smith hit it tight on the par-3 17th while Griffin imploded by finding a bunker that he failed to escape from on the first attempt. Smith never had to attempt a putt and found himself tied with a hole to go.

Sensing Griffin’s nerves Smith produced a solid shot from a bunker on the 18th to 25-feet and watched on as Griffin first chipped long, then chili-dipped his next attempt. A routine two-putt put the cap on a remarkable escape.

Special mention to Xander Schauffele who tied his match with Andy Sullivan despite being 3-down through 10 holes and Patrick Reed who tied Bubba Watson when sitting 2-down with two to play.

Brian Harman threw eight birdies at Patrick Cantlay but still ended up going home empty in an incredible match up as Cantlay posted six birdies and an eagle of his own on the way to a 1-up win.

It took an eagle on the par-5 12th for Cantlay to wrestle the lead for the first time and they would halve the last six holes, three with birdies, to thrill the Austin crowds.

Cantlay clinched it with an 18-foot effort on 18 and can go a long way to moving on to the weekend if he can account for Carlos Ortiz on Thursday. Ortiz took out Hideki Matsuyama 4 and 3.