SCOTTSDALE, Ariz. – Days after facing social media backlash for his delay on the 72nd hole at the Farmers Insurance Open, J.B. Holmes has found an ally in Justin Thomas.

Thomas wasn’t in the field at Torrey Pines, but he was watching live on television as Holmes took 4 minutes, 10 seconds to play his second shot on the final hole. Speaking Wednesday in advance of the Waste Management Phoenix Open, Thomas voiced his support for Holmes despite the criticism Holmes’ has faced from other Tour pros.

“Obviously it took a while, but that’s another thing,” Thomas said. “You get 25 mph winds, you get tough pins, you get firm greens, and time par goes out the window. And that’s something that we have really tried to talk about a lot on the Tour and everything like that. It was a bummer. I hate it for him, how much he’s been getting bashed and ridiculed.”

Holmes ultimately opted to lay up on the final hole, pulling his 7-iron into the rough before making birdie to finish one shot out of a playoff. Thomas believes that Holmes had “zero intention to ice” Alex Noren, who shared the lead and was waiting to hit his approach from the other side of fairway while Holmes deliberated.

Thomas remains in support of action from the Tour to curb slow play, including handing out penalty shots for bad times. But he believes that the onslaught directed at Holmes is unfortunate given the larger scope of the issue and the unique variables affecting his shot decision. 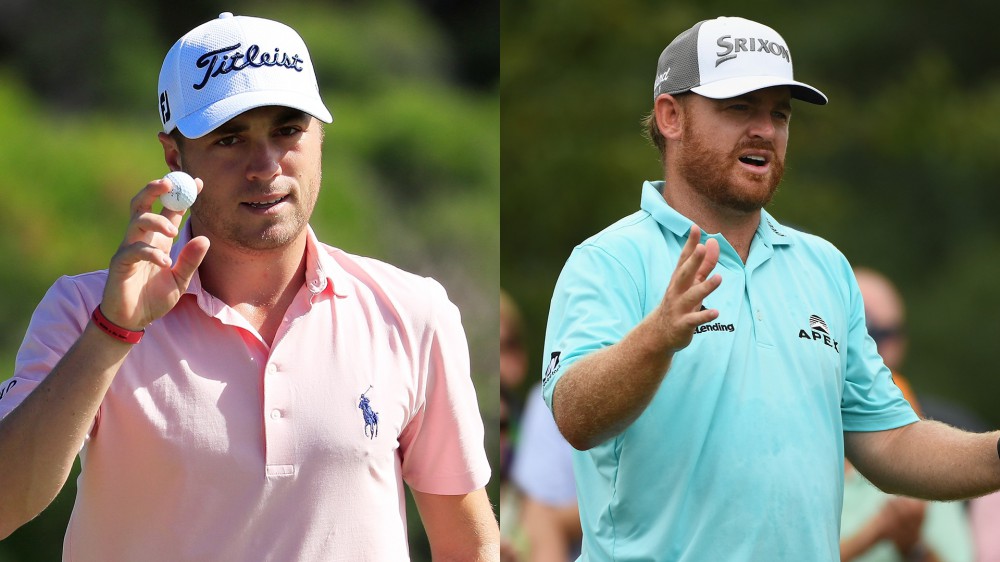