Rickie Fowler may not have a major title to his name, but he does have a major championship trophy at his house thanks to Justin Thomas.

With Hurricane Irma rolling though Florida on Sunday, Thomas brought some of his valuable possessions to his neighbor Fowler’s house to stash in his (apparently gigantic) safe, including the Wanamaker trophy.

“I had some valuables that I actually just took to Rickie’s house down the street because he has a safe that’s kind of – that’s built in the ground and is a little more sturdy than I may have … took the Wanamaker, took some watches and some other valuables and put them in there,” Thomas said Wednesday at the BMW Championship. “I figured at least I have those if everything goes.”

The PGA champion dropped off the stuff at his buddies place before getting out of Jupiter, Fla., under mandatory evacuations as the powerful storm barreled down on the state.

“We got very, very lucky,”  “Jupiter – I shouldn’t say we, I mean the state of Florida got hammered and it’s awful the last couple of weeks of what the hurricanes have done and growing up Louisville I never had – never had to deal with anything like this. You just have to deal with the tornado every once in awhile, but even those are usually never anything crazy.” 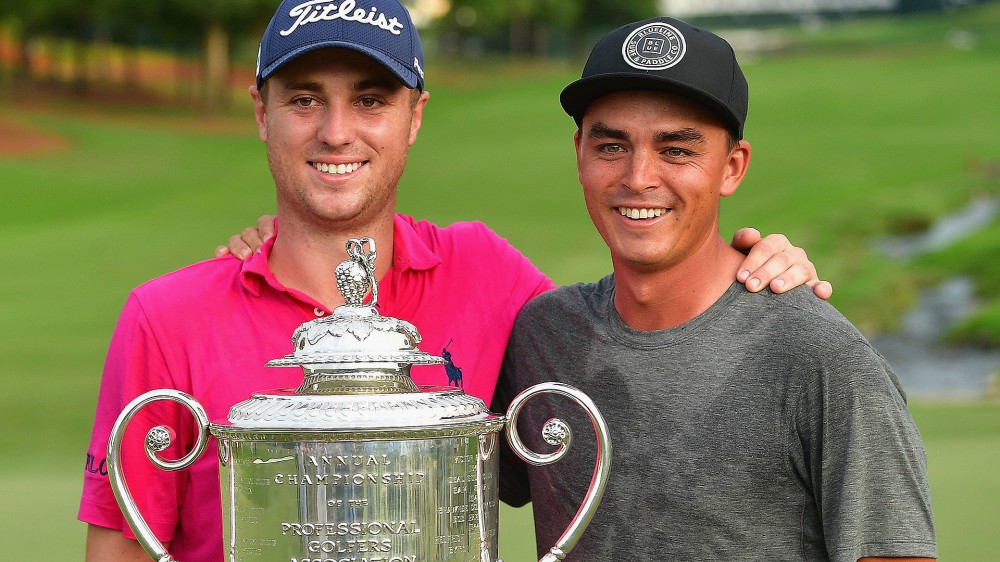