PALM BEACH GARDENS, Fla. – Justin Thomas’ golf club bent but didn’t break in an escape from the trees Thursday at the Honda Classic.

You could say the same thing about his chances of defending his title after his late rally on an otherwise shaky back nine.

With back-to-back birdies to close, Thomas posted a 2-under-par 68, leaving him four shots off the lead.

Thomas endured a scare at the 10th after pushing his tee shot right, into the trees. He took a hard swipe with a 9-iron from 183 yards, with the club striking a tree in his follow through.

“It didn’t break,” Thomas said. “It kind of hit near the hosel and just kind of sent a little shock up my arm.”

Thomas ended up making bogey. He shook his right hand a few times on the back nine.

“Just kind of ice my wrist a little bit tonight,” Thomas said. “It’ll be fine, but I think it was just more of a shock than anything.”

The 9-iron bent, and Thomas tried to bend it back to its original shape, but he couldn’t straighten it satisfactorily.

“I tried to step on it, tried to do everything I could,” Thomas said. “It wasn’t worth the risk of hitting it and not knowing what was going to happen.”

So he didn’t use it again the rest of the round.

That meant hammering a pitch wedge over water when he needed the 9-iron at the 11th. He made par there. 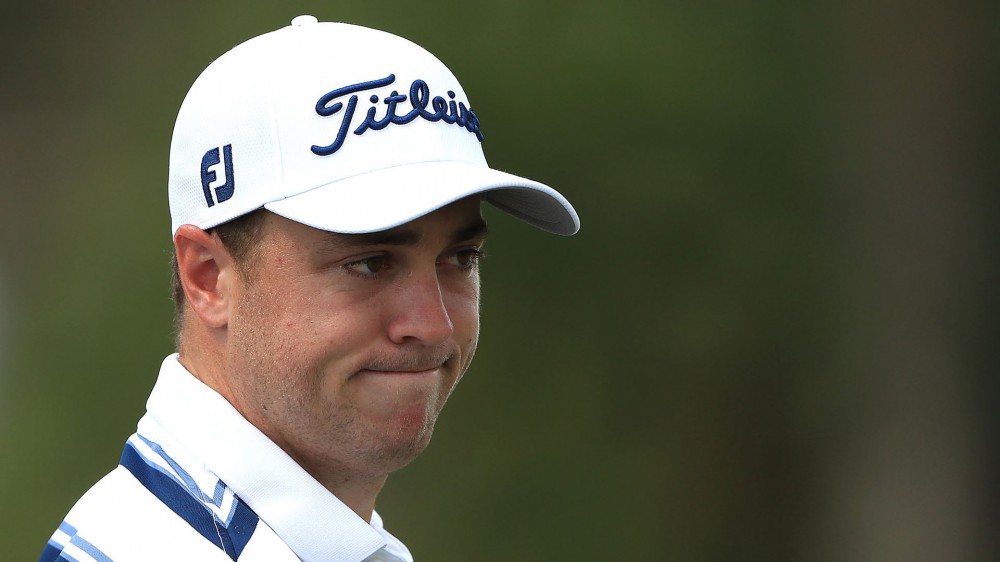