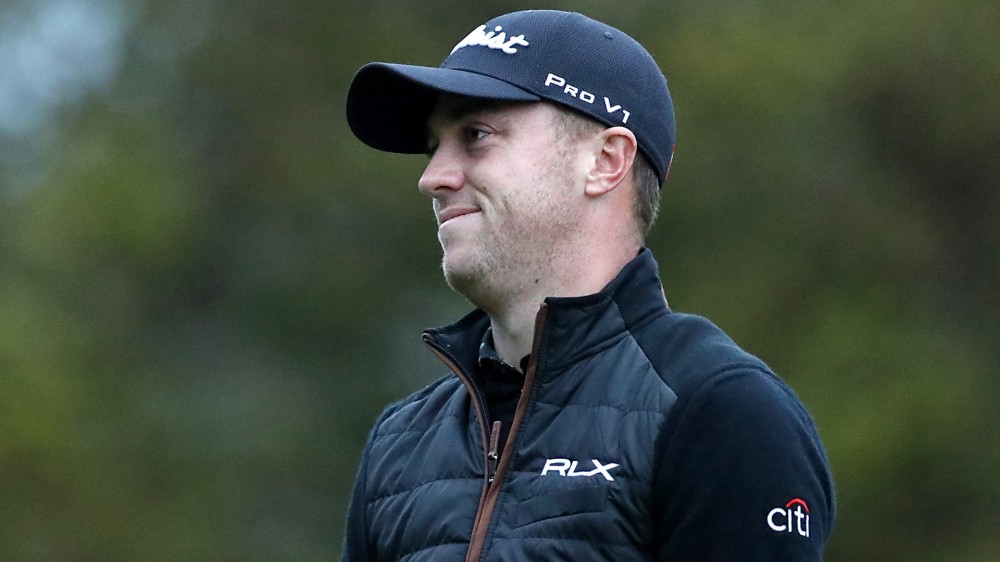 LOS ANGELES – As conditions at the Genesis Open deteriorated Friday afternoon, most of the players in the field found Riviera Country Club to be at or near its peak difficulty. Then there was Justin Thomas.

Thomas might as well have been playing a casual round back home in Florida, as he turned in a birdie barrage that took him to the top of the leaderboard while players around him struggled to simply make pars.

Thomas made 14 birdies in 30 holes Friday, and at 10 under he shares the overnight lead with Adam Scott. He opened with a 5-under 66 then made seven birdies in 12 holes of his second round, including a run of six birdies in seven holes that began on No. 14 and ended with a 5-wood from 221 yards in the rain on No. 2 that he stuck inside 10 feet.

“That was definitely pretty tough out there,” Thomas said. “But I played really, really well and I’m just glad that I didn’t let the conditions get to me mentally.”

Thomas’ lone blemish of the opening round came at No. 12, where he made double bogey. He also made a pair of second-round bogeys that stemmed from errant tee shots.

“I was putting well and hitting my irons well. I didn’t drive it particularly well by any means today, but I was hitting it at least in front of me and not really in trouble,” he said. “I mean, my only four dropped shots in 30 holes were because of my driver. If I can straighten that out a little bit I think we’ll be good.”

Thomas will return to complete his second round at 10 a.m. ET, then face a lengthy wait before beginning his third round. With another long day in his future, he cracked a grin after getting the best of some difficult conditions on Friday.

“My legs are tired, so I just need to go home and rest and get some food and try to go to sleep as early as I can, because tomorrow’s the potential to be another long day,” he said. “But I’m just proud of myself the way I fought out there today.”