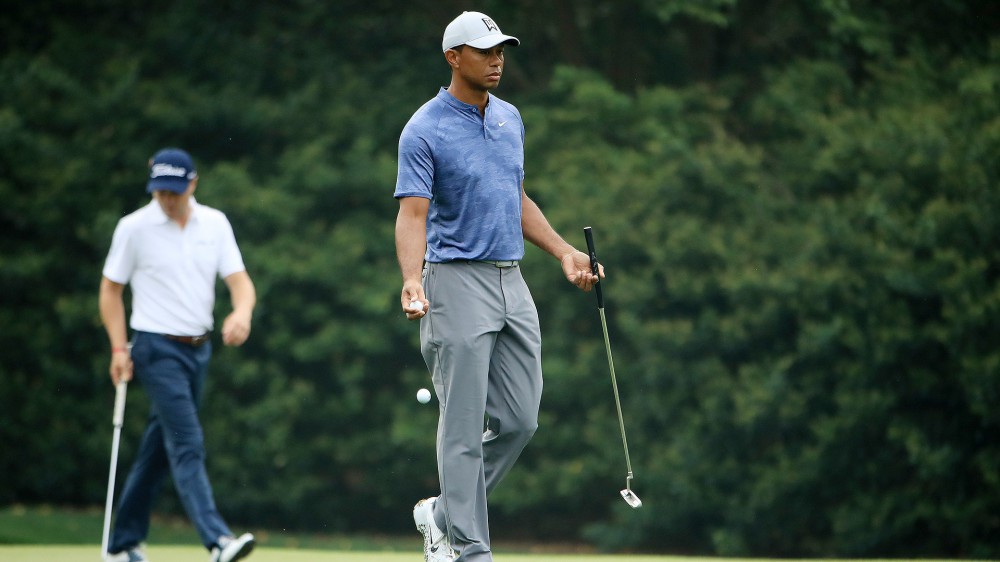 AUGUSTA, Ga. – It’s a time-honored tradition around these parts: the past champions spend a good portion of their pre-tournament practice time playing with younger participants in the field, passing along some of the wisdom that helped earn them a green jacket.

“Tiger probably isn’t as, I mean I’m not trying to be mean, but isn’t as helpful I would say as Freddie,” Thomas said. “He just doesn’t, at this point he doesn’t quite give as much information.”

Thomas is making his fourth career Masters start, having tied for 17th last year, and he and Woods are frequent practice partners at other PGA Tour stops. He admitted that Woods’ reticence may have been as much about Thomas already asking every question under the sun as it was the 43-year-old settling into grind mode with the opening round still three days away.

But in terms of giving up trade secrets ahead of the season’s first major, it appears Woods’ lips were sealed.

“I’ve picked Tiger’s brain enough around this place that he’s probably told me everything he’s going to tell me,” Thomas said. “But I’d ask Freddie little things about stuff, where he lays up to different pins. … From playing, I try to pay attention to how guys do it to where I feel like I have a pretty good idea about where I need to go.”