For the first time since 2009, there was a hardware split at the season finale. Here’s how things ended up at the Tour Championship, where rookie Xander Schauffele won the tournament but Justin Thomas claimed the FedExCup:

What it means: Schauffele put a cap on a standout rookie season by erasing a two-shot deficit in the final round at East Lake. A winner earlier this season at The Greenbrier Classic, he now becomes the first rookie to win twice since Keegan Bradley in 2011. Schauffele’s 72nd-hole birdie edged him past Thomas, but Thomas’ consolation prize came in the form of the $10 million check for winning the season-long race. After a year that included five wins and a major, Thomas started the week at No. 2 in the points race and easily moved past Jordan Spieth, who tied for seventh.

Round of the day: Henley played his college golf at nearby Georgia, and he made a lucrative run up the leaderboard with a 5-under 65 in the final round. Henley won earlier this year at the Shell Houston Open and capped his season with a bogey-free effort that included four front-nine birdies and lifted him from 27th to 11th in the final FedExCup standings.

Best of the rest: Thomas started the week with the inside track on Player of the Year honors, and he put it on ice with a final-round 66. Thomas made five birdies against just one bogey and after contending all week long finished alone in second place. While a win would have clinched the FedExCup, the final standings left him well in front of Spieth and Schauffele, who finished the season in third.

Biggest disappointment: The victory drought continues for Paul Casey. The Englishman appeared poised to win his first tournament in the U.S. since 2009, but he didn’t make a single birdie until the final hole of the day. By then it was too late, as a 3-over 73 dropped Casey from sole possession of the lead into fifth place, three shots behind Schauffele.

Shot of the day: A 3-foot putt is usually old hat for a Tour pro, but things can get interesting when the stakes are raised. Schauffele was in close range for a title-clinching birdie that caught the left edge of the hole and dropped, sealing his second win of the year and eliciting a deep sigh from the winner. 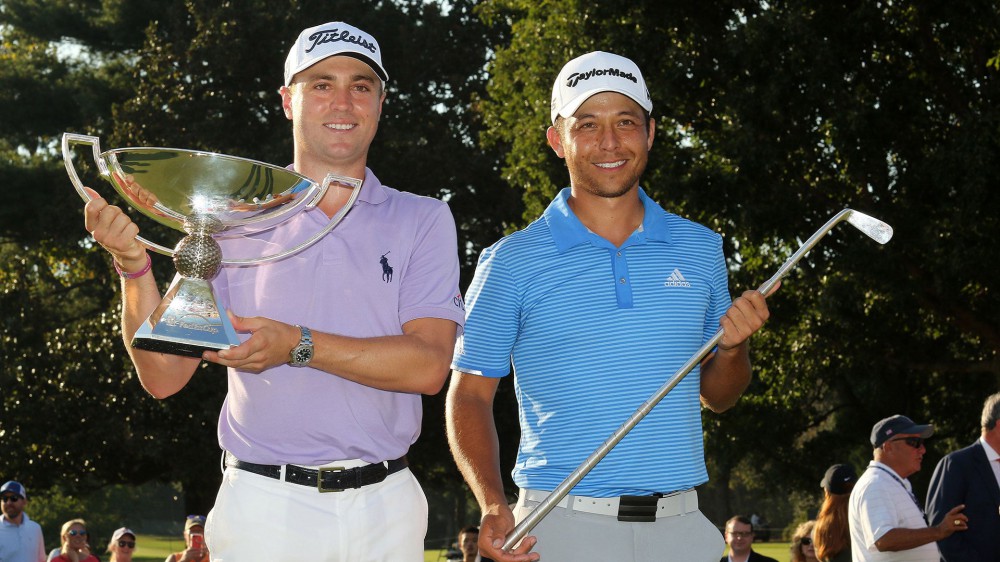 'No longer able to fight,' Lyle in palliative care