It was an eventful Sunday in Palm Beach Gardens, Fla., where Justin Thomas added another trophy to his quickly-growing collection at the Honda Classic. Here’s a look at how things ended up following a brief playoff that saw Thomas deny Luke List his maiden win:

What it means: Both players offered some heroics while tied on the 72nd hole, with List reaching the par-5 18th green in two while Thomas opted to lay up and promptly stuffed a wedge with the pressure on. Once in overtime, List hit a poor layup from the trees to open the door for Thomas, who responded by reaching the green in two with a fairway wood. The subsequent two-putt gave him his second victory of the season and seventh in his last 31 starts, as Thomas was greeted by defending champ Rickie Fowler behind the final green one year after he returned to PGA National to celebrate Fowler’s win. It’s also a career-best result for List, who has now made 104 starts without a win.

Round of the day: Byeong-Hun An is still in search of his first career PGA Tour win, but a final-round 65 helped pad his Honda paycheck. An carded six birdies on the day, including four in a six-hole stretch from Nos. 3-8, and closed with a birdie on the final hole. It helped An move from 16th into a tie for fifth, finishing the week at 4 under.

Best of the rest: Derek Fathauer grew up just a few miles north of PGA National, and he put that local knowledge to use en route to matching An’s round of 5-under 65. Fathauer was just 1 under through 13 holes before closing out with a flurry of four birdies over his final five holes, including each of the last three holes. Fathauer finished the week in a tie for 13th at 1 over.

Biggest disappointment: Webb Simpson was in the mix heading down the stretch, but a birdie-free back nine derailed his title hopes. Simpson’s birdie on the par-3 seventh proved to be his only one of the day, as three bogeys in a four-hole stretch from Nos. 11-14 dropped him into a tie for fifth, ultimately four shots out of the playoff.

Shot of the day: Thomas will long remember his approach in the playoff from 258 yards over water that found the green, but he may need to install a plaque on the rock wall that guards the par-3 fifth hole. That’s where his shot in regulation came up short, only to bounce off the rocks and nearly into the hole for an ace, turning a possible double bogey into an easy par.

Quote of the day: “It was another level of difficulty. Not only the amount of people I was trying to beat, but this golf course in and of itself.” – Thomas 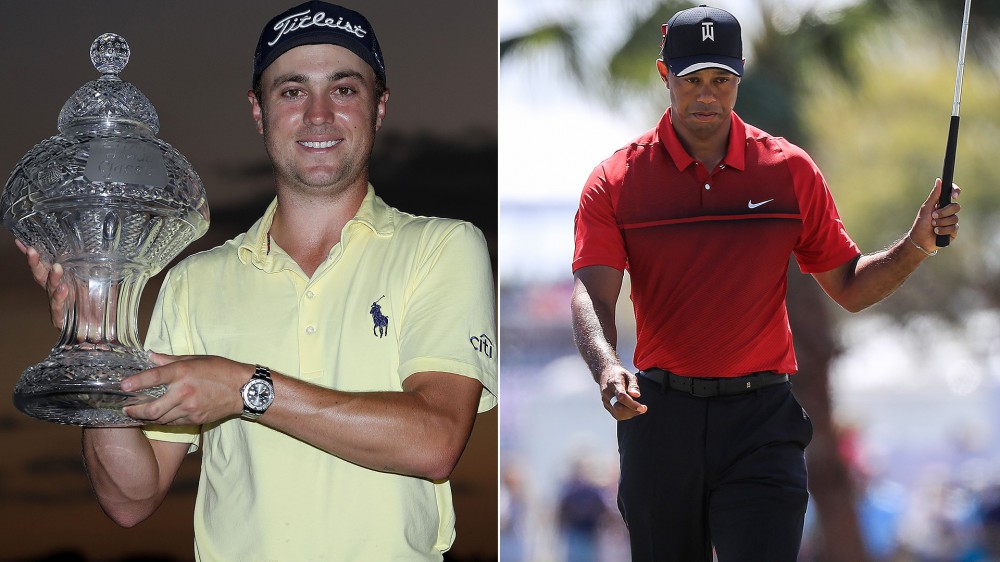