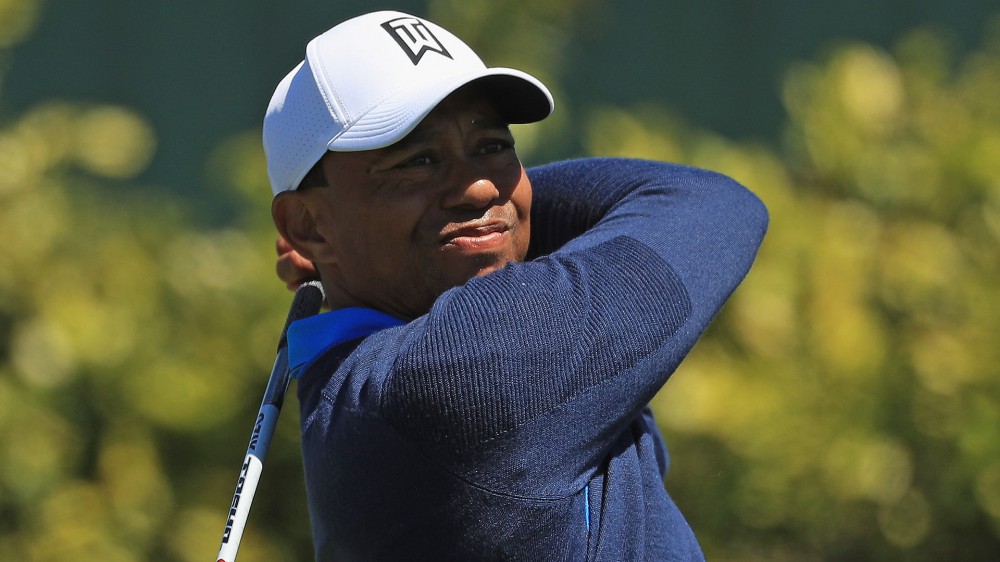 ORLANDO, Fla. – Tiger Woods shot a bogey-free 68 Thursday at the Arnold Palmer Invitational and is squarely in contention. The round, however, did include a double bogey that derailed Woods only momentarily.

Standing on the third tee (his 12th hole of the day) at 3 under par, Woods took a massive swipe with a 3-wood and his ball blew some 40 yards right of the fairway.

The ball was entangled in a temporary mesh fence that guarded the back yard of an adjoining house that served as out of bounds. Woods walked to his ball, called over a rules official and quickly was told the ball was OB.

“Well, you look at the two poles and I’m out by probably 3, 4, 5 inches,” Woods said. Asked if his ball hit a cart path near the area, Woods bluntly said, “I didn’t know. I wasn’t exactly in the mood to ask.”

Woods was miffed with the outcome and stormed back to the tee then promptly hit another 3-wood right. This time he was able to play his next shot onto the green and a two-putt handed him a double-bogey 6.

Woods was heated because of the result, but also was annoyed that he wasn’t originally told his ball could’ve been out of bounds. If he would’ve been told there was a possibility, he could’ve hit a provisional and wouldn’t have had to go back to the tee.

After the hiccup Woods birdied three of the next four holes – including a 71-footer on the par-3 seventh – to shoot 68 while playing alongside Hideki Matsuyama and Jason Day.