PONTE VEDRA BEACH, Fla. – Tiger Woods’ day unraveled on one hole during Friday’s second round at The Players Championship when his tee shot sailed deep into the 17th green, bounced once and trickled into the water hazard that surrounds the island green.

Things only got worse from there for Woods, who was 3 under through seven holes at the time, when he hit his third shot from the drop zone over the green and into the water hazard again. He would make a quadruple-bogey 7 on the hole on his way to a 1-under 71.

It turns out Woods had other options after hitting his tee shot in the water. According to Mark Russell, a vice president for rules and competition on the PGA Tour, Woods could have taken a drop on the walking path to the green and likely saved himself at least two strokes and perhaps more.

“With the new rule you get a club length on each side so he could have been [just inside the hazard] and gone out a club length and played from there,” Russell told GolfChannel.com.

Friday’s pin position in the back right of the green provided one of the few chances for Woods, or any player, to take a drop along the walkway because a player must keep the point of where they drop between themselves and the hole. For example, had Woods’ tee shot landed on the green and rolled into the water on the left side of the walkway he wouldn’t have been able to take a drop.

“That was probably the only pin you could have done that [drop] because he can keep that point [where the ball went in the hazard] between himself and the hole. It was just that particular situation,” Russell said. “He would get a club length to the left if he wanted but he can’t do that because he would have gone in the water.”

Russell also explained that Woods could have gone back as far as he wanted on the walking path to drop depending on the shot he wanted to play. 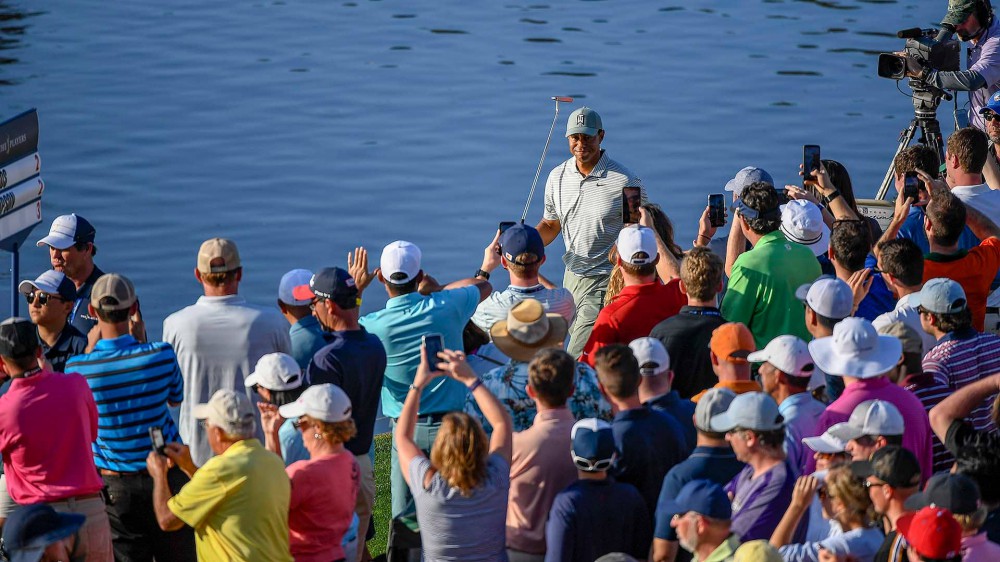 How to Clean Golf Grips