That’s what TrackMan data spit out after future Hall of Fame quarterback Peyton Manning hit his drive on the par-4 17th during Wednesday’s pro-am at the Memorial Tournament.

Manning, as he has done times before in Tour pro-ams, was playing alongside Tiger Woods at Muirfield Village. And, because he knows well Tiger’s humor, getting the needle likely came as no surprise.

Peyton Manning’s trackman data from driver at 17.
“2 iron numbers,” Tiger tells him with a grin. pic.twitter.com/FBvHxgVb0F 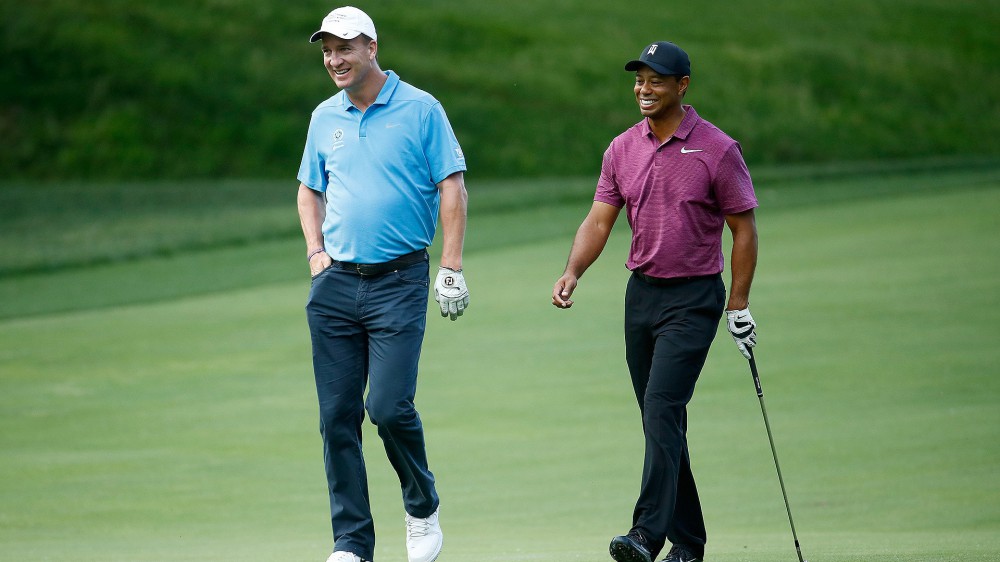