Earlier this month, Woods played a round with President Donald Trump at Trump National Jupiter (Fla.). It was a round that included Jack Nicklaus and his son, Steve.

It turns out it was his second round this year with a commander in chief following a round with former President Barack Obama, with whom he played in January.

“I’ve had a bit of an opportunity to play with a couple presidents in a few weeks and enjoyed both days,” Woods said on Wednesday at Riviera Country Club.

Woods said he shot 64 the day he played with President Trump, but he added it was particularly impressive watching Nicklaus, the winner of 18 major championships.

As for President Trump’s game Woods was coy: “President Trump has been very busy up in D.C., hasn’t played a lot of golf, hasn’t had the tan [from] playing outside, he’s been working.” 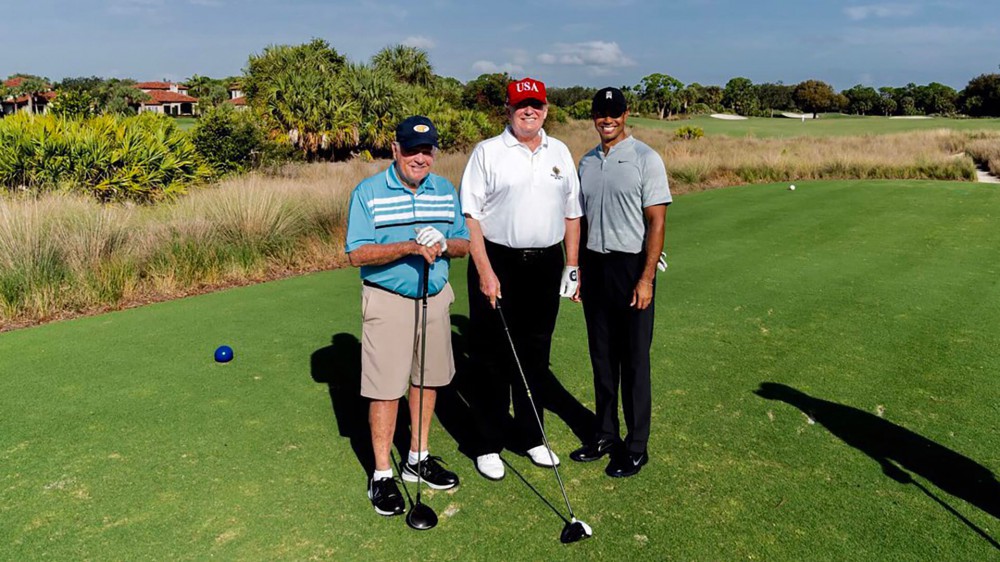 At 48, Phil picks up another 6 mph of swing speed