Tiger skips Wednesday practice to rest, but 'all is good' says agent

FARMINGDALE, N.Y. – Tiger Woods opted to rest Wednesday and never made it to Bethpage Black, meaning his preparation for the PGA Championship includes only playing nine holes this week.

Woods played 18 holes one week ago, but this week he played only nine holes on Monday in chilly, drizzly conditions. He only hit balls on the practice range on Tuesday and never appeared at all on Wednesday, despite being scheduled to play with Harold Varner III. Woods’ caddie Joe LaCava was on-site earlier on Wednesday, standing on the practice putting green, but his man never showed.

“He’s all good, just getting some rest,” Woods’ manager Mark Steinberg told ESPN.com, denying that Woods did not feel well. “Saw the course last week, all is good.”

On Tuesday, Woods said that his plan was to play nine holes on Wednesday and practice, but something clearly changed.

“We came up here last week, took a look at it in detail and spent a lot of time on it,” he said Tuesday. “I played nine holes yesterday, and I’m going to take today off, I’ll practice a bit and I’ll play nine holes tomorrow, making sure I’m ready to go come Thursday.

“This is not only a big golf course, but this is going to be a long week the way the golf course is set up and potentially could play.”

This is Woods first tournament since winning the Masters in April, 32 days ago. He will play with Brooks Koepka and Francesco Molinari during the first two rounds. They are scheduled to tee off at 8:24AM ET on Thursday. 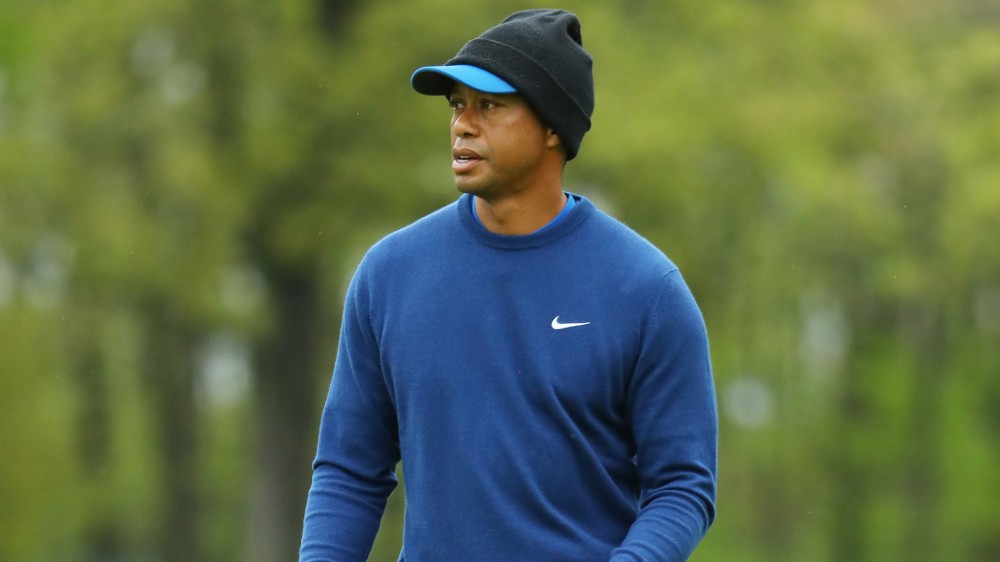