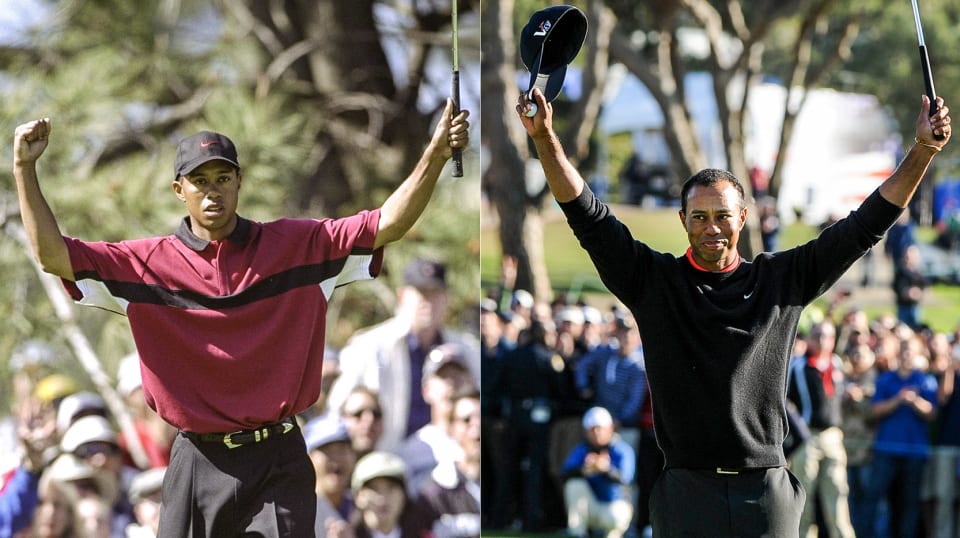 FAXON: “We had a lot of people, and I think because it was Phil’s hometown, they were pulling for Phil over Tiger. As much as I was a competitor, I was a fan that day, too. I watched every shot both of them hit. It was exciting for me.

“Tiger was just starting back after knee surgery, and Phil had made the comments about his Nike equipment not being up to snuff. There was some animosity between them – I don’t think it was noticeable while you were playing – but I went on Golf Channel and they asked me to wear a referee’s shirt and be neutral because I knew them both.

“It took forever for the guy to announce Tiger’s accomplishments on the first tee, and then it was just, ‘Brad Faxon.’ Nothing more. It was pretty funny. The technology was changing, but Tiger still teed the ball down, had a smaller-headed driver, and hit this laser that cut about five yards and split the bunkers and stopped in the middle of the fairway. Slight tip of the cap, if any.

“Throughout the round, he and Phil talked to me separately, felt like they had my confidence. It was kind of neat, really. Phil was talking about the birth of Sofia, and then Tiger comes to me, after half-listening, to tell me how irrelevant that story was. He was always good to play with, but there was a difference in Tiger that day. He had his game face on.

“My caddie was Tommy Lamb in the early 2000s; we called him Chop, Lamb Chop. He loved golf so much. We were on the 11th tee; this was a 225-yard shot downhill into the wind to that top-left pin, there was a tier. Tiger hit this 4-iron, and my caddie groaned. The sound was that good – like something he’d never heard before. The ball started 5 or 10 feet right of the flag, barely dropped to the left, and landed softly six inches from the hole for a tap-in birdie. It was the most perfect shot you’ve ever seen. Perfect, thin, bacon-strip divot. I’ve never had a divot look like that. Ever. It took the top of the grass and left the roots sort of growing. You wouldn’t have even had to put sand on it. And it was the exact width of the club for about four or five inches. Tiger looked at Tommy and sort of smiled under his breath, if that’s an expression.

“He made us look like amateurs that day, and by us, I mean Phil, too. Phil had ignited this equipment controversy, and Tiger just silenced him.”