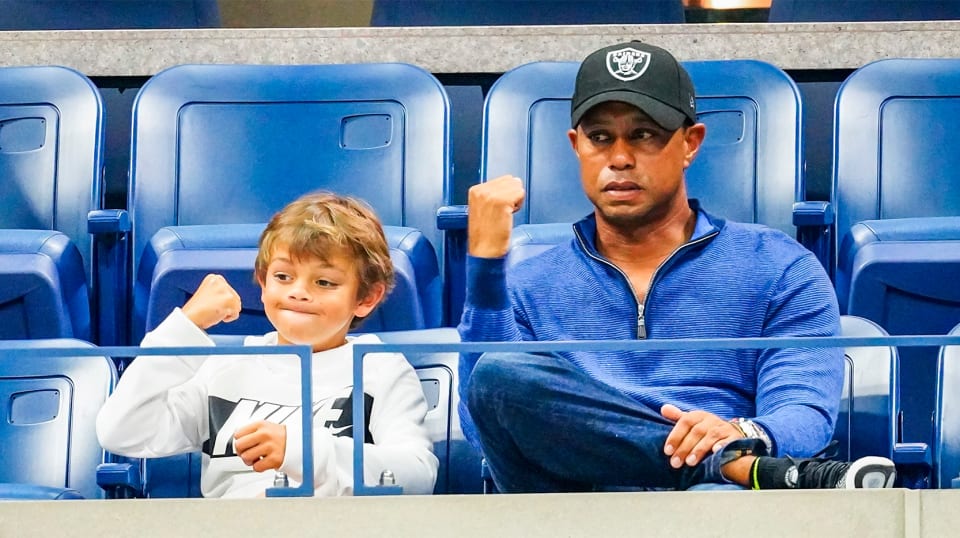 Tiger Woods has revealed he will team up with his son Charlie and compete in the PNC Championship at the Ritz-Carlton Golf Club Orlando (Grande Lakes) from Dec. 17-20.

Formerly known as the Father/Son Challenge, the PNC Championship brings together top PGA TOUR and LPGA major-winning talent and a family member to compete as a team.

Woods, the 82-time TOUR winner, will make his tournament debut with Charlie, his 11-year-old son who has already established himself as an accomplished junior golfer in Florida.

“I can’t tell you how excited I am to be playing with Charlie in our first official tournament together. It’s been great watching him progress as a junior golfer and it will be incredible playing as a team together in the PNC Championship,” Woods said in a statement.

The 44-year-old Woods has been spotted at various junior tournaments acting as Charlie’s caddie. Outside of the odd sighting on social media videos, this will be the first time for fans to see the young Woods in action.

This is in direct contrast to the profile the elder Woods had at the same age. Taught by his father Earl, Woods had made numerous appearances on television as a prodigy from as early as age 2.

Earlier this year, Woods spoke of his son’s game with GOLFTV.

“I’m still winning … for now,” Woods said. “He’s starting to get into it. He’s starting to understand how to play. He’s asking me the right questions. I’ve kept it competitive with his par, so it’s been just an absolute blast to go out there and just be with him. It reminds me so much of me and my dad.”

Does Charlie have the beginnings of talent that saw his father win three U.S. Junior Amateurs and three U.S. Amateurs? Can he push towards the same greatness his father has achieved? It is way too early to tell, and unfair to place such expectations on him.

“I don’t know. It depends how bad he wants it. It’s all on him,” Woods said when asked. “I wanted it at a very, very early age. I wanted to compete and play in this game. That’s on him — whether he wants it or not.”

While this year’s tournament will take place without spectators due to COVID-19 related restrictions, fans will still be able to enjoy watching on a variety of broadcast mediums from NBC, Golf Channel and Peacock. (click here for times.)  There also will be enhanced social media coverage across all PGA TOUR and PNC Championship channels.

The PNC Championship will also feature former FedExCup champion Justin Thomas and his father Mike for the first time. Defending champions Bernhard Langer and his son Jason will also return.

Mark Calcavecchia, the 1989 Open Champion, is also making his debut in the event alongside his son Eric. Jim Furyk and Matt Kuchar will play with their sons, having previously partnered with their fathers.

In addition to four-time champion Langer, past champion David Duval returns along with 10-time major winner Annika Sorenstam, who made her debut last year.

“I can’t think a better way to close out my golfing year than playing with my dad against so many of the world’s greatest golfers and their families. It will be a perfect way to finish before the Christmas break, and we are both very excited to make our debut in Orlando,” Thomas said earlier this month.

Past champions of the PNC Championship