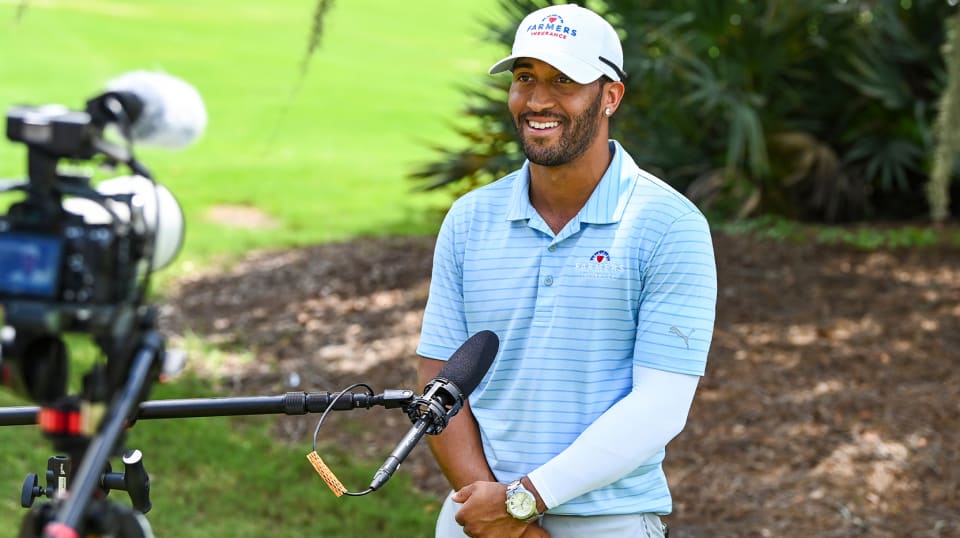 Tournament Host Tiger Woods announced Willie Mack III as the recipient of the Charlie Sifford Memorial Exemption into the 2021 Genesis Invitational field. Awarded since 2009, the exemption represents the advancement of diversity in the game of golf.

“Willie learned to golf with his dad just like I did and those are memories that will last forever. I am excited to see Willie make another lasting memory when he tees it up at Riviera,” Woods said. “Willie has endured through difficult times off the course the past few years and I know Charlie would be proud of how he has stayed focused on achieving his dream.”

Mack, a native of Flint, MI, played college golf at Bethune-Cookman winning 11 titles as a Wildcat. In 2011, Mack became the first African American to win the Michigan Amateur Championship. Mack currently competes on the Advocates Pro Golf Association (APGA) Tour and Florida Professional Golf Tour, earning Player of the Year honors for both tours in 2019.

“I want to thank my father who introduced me to the great game of golf,” Mack said. “My dream since I first picked up a club has been to play on the PGA TOUR. It’s really special that I will play in my first PGA TOUR event because of an exemption named after Charlie Sifford, a person I’ve long admired, and in a tournament hosted by Tiger Woods, who is the reason I got into golf.”

The start at Riviera during the 2021 Genesis Invitational will be Mack’s first on the PGA TOUR. Mack has previously played on the Korn Ferry Tour and PGA TOUR Latinoamérica Tour.

The 2021 Genesis Invitational will be held February 15-21 and broadcast on GOLF Channel and CBS. To enhance the fan experience at home, the tournament is excited to offer games, activities and more to keep viewers engaged with the tournament while watching. Also the Genesis Invitational is taking its family village virtual in 2021 with digital activities, challenges, education resources and more for kids ages 5-12. These fan enhancement elements will be available on GenesisInvitational.com in the coming weeks. For the latest news and information, follow the tournament on Facebook, Twitter and Instagram @TheGenesisInv.