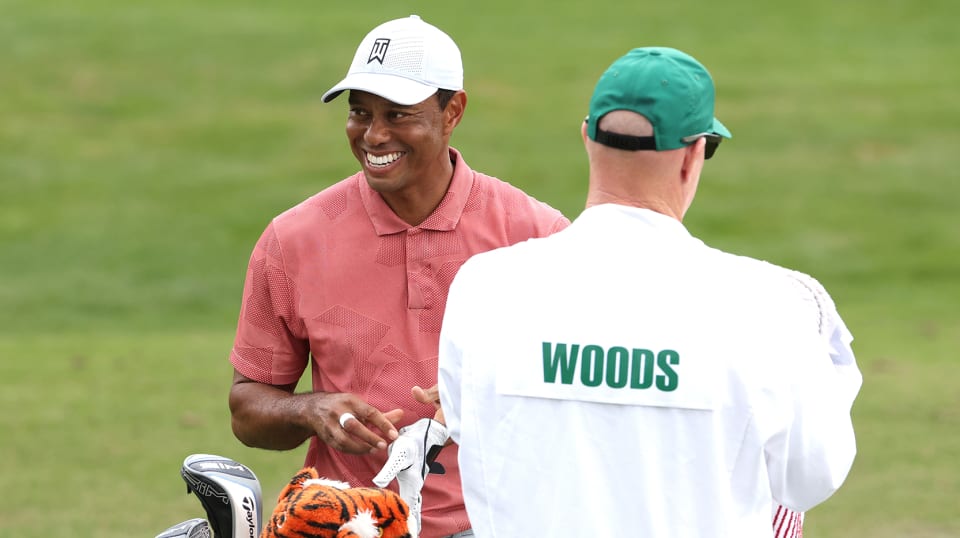 At Augusta National, it may not matter.

“Yeah, someone like him or Phil, I’d never take them out at a place like this,” said Justin Thomas, who played a practice round with Woods, Fred Couples and Bryson DeChambeau on Monday. “I think this course is so unique that you don’t need to play great to have a chance to win. I think you just need to be playing OK if you know the golf course.”

Woods ticks both boxes. With just one top-10 finish in the 2020 calendar year – a T9 at the Farmers Insurance Open – he’s playing just OK. And this being his 23rd Masters, he knows the course. He edged Dustin Johnson, Brooks Koepka and Xander Schauffele to win his fifth green jacket and complete one of the most improbable comeback stories in sports 19 months ago.

Since then, it’s been a mixed bag. He won the inaugural ZOZO CHAMPIONSHIP in Japan in the fall and helped the U.S. Presidents Cup team as player-captain in December. Then he went flat, and when the pandemic came he went dormant, not wanting to rush back.

“I haven’t put all the pieces together at the same time,” said Woods, who will turn 45 next month and has made just eight starts since January, most recently a T72 at the ZOZO defense and a missed cut at the U.S. Open at Winged Foot.

Part of that has been his surgically fused back; he didn’t realize until the end of 2019 quite what the year had taken out of him. He skipped the 2020 Arnold Palmer Invitational presented by Mastercard, on a course where he’s won eight times; The Honda Classic, his hometown tournament; and THE PLAYERS Championship, where he is a two-time champion.

Then came the pandemic.

“This year with COVID and trying to be safe, I was hesitant to come back and start playing,” he said after limiting himself to chipping and putting Tuesday. “And that’s why I waited as long as I did and came back at Memorial (T40). From there, I really haven’t, as I said, I haven’t put all the pieces together, and hopefully that will be this week.”

Thomas said he wouldn’t bet against him. Not here.

“You have to be chipping and putting well,” Thomas said, “but you can be hitting it OK and get it around this place more than OK. You know where to hit it, you know where not to hit it.

“There are certain holes,” he continued, “if you’re not hitting it well, it’s like OK, as long as I hit it over here, I’ll be all right. And no one knows that better than Tiger.”

What’s more, he added, while this week’s forecast calls for rain, it also calls for mostly warm weather. That bodes well for those with brittle backs, like Couples and especially Woods, who was preparing to host the Champions Dinner on Tuesday night.

The biggest news of this week so far has been that trailblazer Lee Elder will join Jack Nicklaus and Gary Player as an honorary starter at the 2021 Masters next April. Elder received death threats when he became the first African American to play in the Masters in 1975.

Woods was asked if he could foresee a day when he and Phil Mickelson – with eight Masters titles between them – are honorary starters.

Woods laughed. “Hopefully that will be us one day, and I’ll be hitting bombs past him,” he said.

But be careful with any suggestions that he’s already a ceremonial golfer. Nicklaus, he noted, contended for the ’98 Masters at age 58.