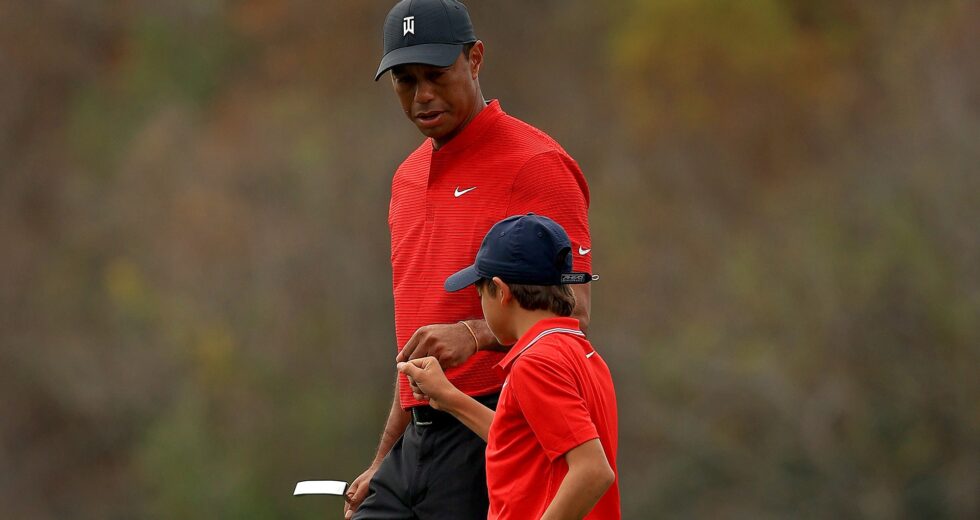 After much speculation, Tiger Woods has ended the suspense: He is making his competitive return to golf later this month.

Woods committed Wednesday to next week’s PNC Championship, where he’ll tee it up with son, Charlie, for the second straight year Dec. 18-19 at The Ritz-Carlton Golf Club in Orlando, Florida.

The 36-hole, two-man scramble event will mark Woods’ first tournament of any kind since last year’s PNC Championship and comes less than 10 months after Woods suffered major injuries to his right leg in a single-car accident on Feb. 24 near Los Angeles.

“Although it’s been a long and challenging year, I am very excited to close it out by competing in the PNC Championship with my son Charlie. I’m playing as a dad and couldn’t be more excited and proud,” Tiger Woods said in a tournament press release.

Woods spoke to the media for the first time since the accident last week in the Bahamas ahead of the Hero World Challenge. He was asked about playing again, specifically in the PNC, but Woods wouldn’t provide a target return date. He did, however, mention that his surgically repaired leg – and back – was allowing him to “play a round here or there” and “a little hit and giggle.” Tiger Woods was spotted on the practice range Saturday at Albany hitting an assortment of clubs, including driver.

“I’ll put it to you this way, as far as playing at the Tour level, I don’t know when that’s going to happen,” Woods said. “Now, I’ll play a round here or there, a little hit and giggle, I can do something like that. … To see some of my shots fall out of the sky a lot shorter than they used to is a little eye-opening, but at least I’m able to do it again. That’s something that for a while there it didn’t look like I was going to. Now I’m able to participate in the sport of golf, now to what level, I do not know that. I’ll keep you abreast, all of you abreast as progress continues to go on, whether I’ll be out here and at what level and when.”

Woods, the tournament host, didn’t compete in the Hero, won by Viktor Hovland, but he was spotted multiple days practicing – and hitting drivers – on the back of the range at Albany.

“I can hit it, it just doesn’t go as far,” Woods told Steve Sands and David Feherty in the NBC booth on Saturday about taking driver swings. “The power’s not there, but yeah I can hit drivers. I can hit any club in the bag, it’s just – I’m not to the point where I can hear it land, so I’m OK.”

Woods’ friend and former college teammate, NBC/Golf Channel analyst Notah Begay III, said last week that as it pertained to Woods playing the PNC,  “a lot of things that are going for that possibility to happen.”

“Tiger can ride a cart, he can drive up basically to the golf ball and almost onto the green, so the walking might not be as much of a stress on the leg,” Begay said. “But also, he can play Charlie’s drives. I covered them for the majority of that event last year, and Charlie was hitting most of the drives because of where his tees are at, and he’s such a good ball-striker that they were taking advantage of his drives because they were much farther than where Tiger’s balls were off the tee. Those are two critical things that I think might factor into him possibly showing up in a couple weeks with Charlie. I know the world would love to see it.”

Here is a look at the full 20-team field: