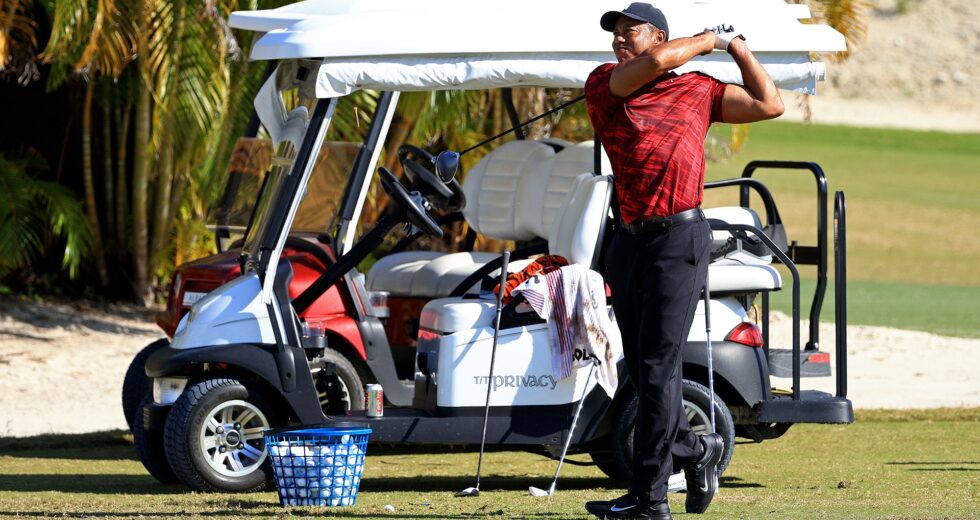 After coming back into the public eye at the Hero World Challenge for the first time since his Feb. 23 car crash, Tiger Woods will return to competition for the first time in over a year with his son, Charlie, at the PNC Championship.

It’s been a long road back for Woods, even before he suffered comminuted open fractures to the upper and lower sections of his right leg in the crash, which almost resulted in amputation. Here’s a look at his path back.

Nov. 15, 2020: Tiger’s most recent PGA Tour start at his long-awaited Masters title defense, which was delayed seven months because of the COVID-19 pandemic. After a final-round 76, Woods finished T-38.

Dec. 20, 2020: The world was captivated by the bond Woods and Charlie showed while playing alongside each other at the PNC Championship en route to finishing seventh.

Jan. 19, 2021: Woods announced he had undergone a fifth microdiscectomy procedure on his back to remove a “pressurized disc fragment” that caused him discomfort during the PNC Championship. Woods planned to skip at least the Farmers Insurance Open and Riviera’s Genesis Invitational, of which he is the tournament host.

Timeline: Look back at Woods’ injuries

From his knee to his back, take a look back at the various injuries in Tiger Woods’ career as well as his multiple returns to competition.

Feb. 21, 2021: Two days ahead of the crash, the 45-year-old made his final public appearance for nearly 10 months, appearing on the CBS broadcast with Jim Nanz during the Genesis Invitational’s final round, providing an update on his recovery just hours before he presented the winner’s trophy to Los Angeles native Max Homa.

Feb. 23, 2021: Woods was involved in a single-vehicle rollover accident outside of Los Angeles, suffering comminuted open fractures to the upper and lower parts of his right leg and significant trauma to his right ankle. Doctors inserted a rod, screws and pins to stabilize his leg.

March, 16, 2021: The 82-time PGA Tour winner returned home from the hospital, tweeting his gratitude for the support he’d received since the crash and to the hospital’s doctors, nurses and staff.

Nov. 21, 2021: Woods nearly broke the internet by tweeting a three-second video of himself swinging a golf club with the caption “making progress” – reminiscent of his tweet from Oct. 15, 2017, which was also captioned “making progress” following his fourth back surgery in April of that year.

Nov. 30, 2021: Woods made his first public appearance since the Sunday of the Genesis Invitational by holding a press conference on the Tuesday ahead of his Hero World Challenge in the Bahamas. Woods said he would not return as a full-time Tour player but didn’t rule out a Ben Hogan-esque schedule.

Dec. 5, 2021: After being seen on the range multiple times throughout the week, Woods hit driver during the final round of the event.

Dec. 8, 2021: Woods announced he would return to competitive golf at the PNC Championship to again play alongside son Charlie in the 20-team event. 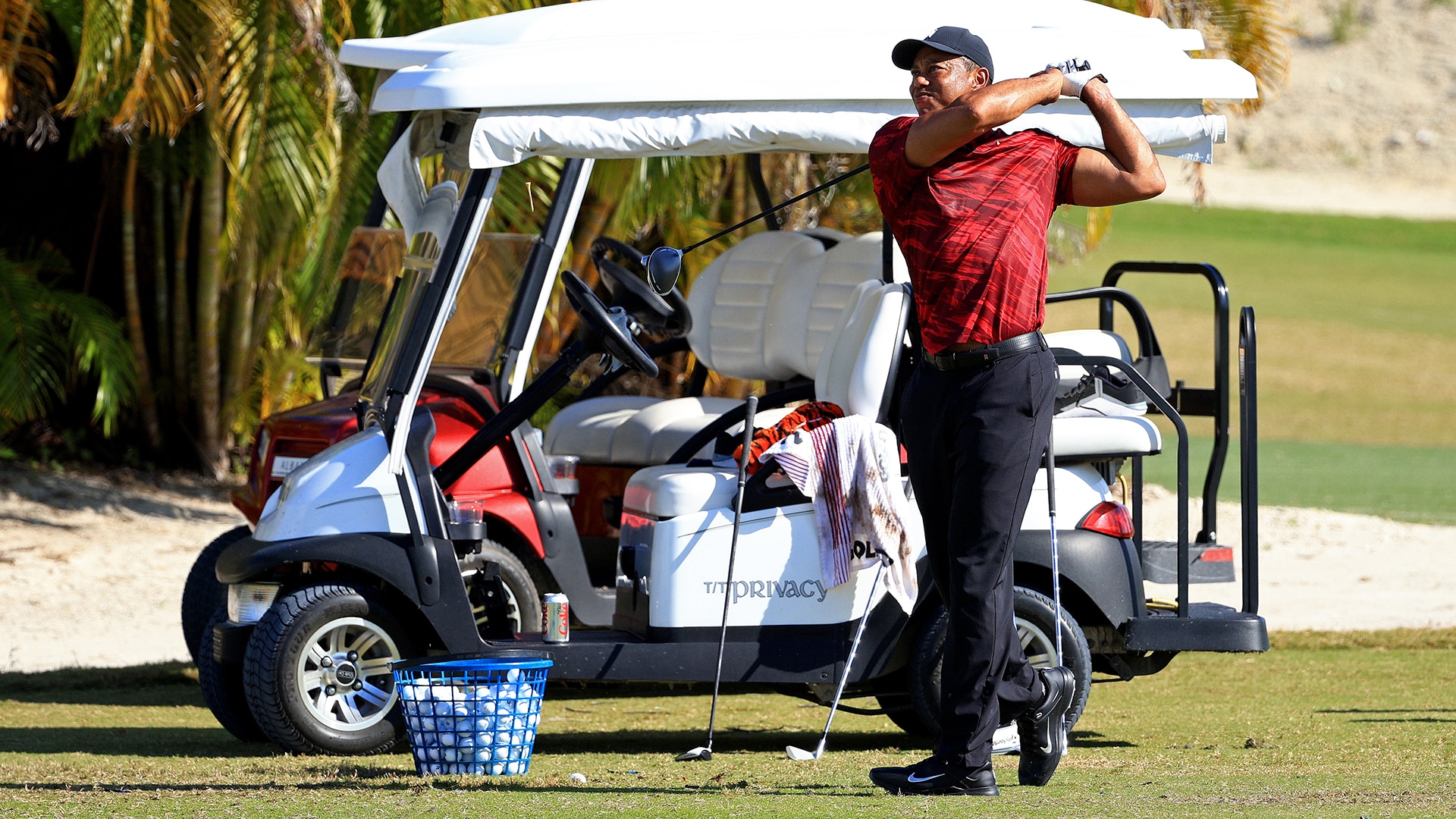