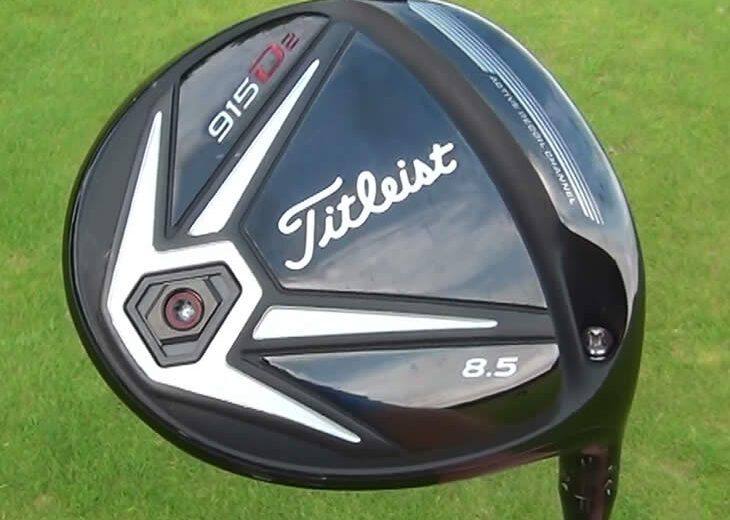 Titleist 915 D2 & D3 Driver Review – The Titleist 915 driver brings with it a couple of firsts.  Titleist are promoting the 915 range with the ‘Distance Without Compromise’ strapline, which is the first time they have come out with a specific distance claim. 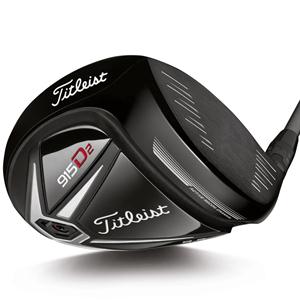 In the past they have gone down the performance/serious golfers route and whilst those values are still key, you will be hearing about distance a lot more.

The reason for this is the second more obvious first and that is the Active Recoil Channel (ARC) that you can see on the sole of the club. Titleist were at great pains to point out that this IS NOT A SLOT even though on the 915F fairway and 915H hybrid the thinner version would be mean coming up with another way to describe it, so let’s stick with ARC.

On the driver the ARC is most definitely a channel and it allows the lower half of the face to flex at impact as well as the crown and that increases the energy transfer from the clubhead to the ball so you get more ball speed and therefore more distance.

Keen followers of equipment may remember that the Nike VR Pro driver launched in 2010 had a similar channel and if so you can award yourself some bonus points.

Titleist say that they had this technology at a similar time, but as their channel is longer and wider, the manufacturing techniques were not good enough to make this in large numbers until more recently.

The crown is also lighter than the previous Titleist 913 driver, now that it uses Forged 6-4 titanium face a Ti-8-1-1 light density casting crown and a marginally thinner heel and toe to save weight.

However what is thicker is the centre of the face as the ARC increases the speed of that beyond the legal limits so they had to dampen it down. However the ARC also increases it on off-centre hits and that is the big difference with the 915 driver.

Titleist call this a Radial Speed Face and the result when I tested it on Trackman was hardly any loss in ball speed when I did not hit the ball with the centre of the club. The consistency of this was a little spooky as some pretty average hits were almost as good as the ones out of the middle.

As well as all this speed, there is more forgiveness even though the Moment of Inertia (MOI) has reduced a little to around 4500 g/cm². The is achieved because the spin is reduced so that the net effect is to make the 915D more forgiving.

Everything seems to come together very well in the 915 driver and for me the increase in carry and total distance of around 20 yards over the 910 driver is significant. You can see this yourself when you go for a fitting as there are two variations and the best one for your swing will pick you.

Like the 910 and 913 drivers before, the 915 D2 driver has a large 460cc head that is designed to get the ball up in the air. The head is deeper and looks like it has been stretched back to front, which moves the Centre of Gravity (CG) further back and also creates a little draw bias.

Compared to the 913 D2, the 915 spins the ball around 115 rpm less for an average swing speed of around 85-90mph. Combined with a slightly higher launch it should add a few more yards carry.

I thought it sat well behind the ball and even though I thought the head was a little deep the sound was better than the D3 version. However it is not really a personal preference thing as the ‘sorting hat’ of the fitting process will pick the club for you.

The 915 D3 driver is the smaller 440cc head, although it does not look at compact as previous models, which I prefer. On the downside the sound was a bit more hollow and higher pitched than before at impact, but as I was hitting it further and more accurately, I soon got over that.

It is a whopping 2mm taller than the D2 and the CG is therefore a little closer to the face which reduces spin a bit more by around 250rpm.

Both models come with a choice of Diamana and Aldila shafts at 45 inches, which is a good thing as too many drivers try and gain distance through longer shafts that consequently makes them harder to hit in the middle of the club. The shafts are standard after market shafts and not custom Titleist versions and they both seem a litter firmer than previous stock shafts they have used, but other options are available at fitting.

The D3 was the model that I was fitted into and one of the biggest things I noticed when I took it out on the course was the forgiveness and accruacy of the club as I felt the dispersion was a lot tighter than I had been used to before. One thing Graeme encouraged me to do during the fitting was to tee the ball up more with the 915 than I did before to improve the launch angle, so make sure you vary your tee height to find the point you get the most from this club.

Ever since Titleist launched the 910 range with the Sure Fit Tour adjustable hosel they have been one of the drivers to beat in the market. I have not really mentioned the hosel as it is the same as before, but is still the best at allowing you to adjust loft and lie independently of each other.

Given Titleist’s current 2 year product life cycle, the 913 driver was starting to fall behind as other more distance orientated drivers stole the limelight. However with distance firmly in their sights, the ARC on the 915 driver has really increased ball speed on off-centre hits.

Combined with one of the best CG placements in the industry then you have a very forgiving, but sufficiently long driver that looks great and should be on everyone’s list when they are looking for a new driver.