PONTE VEDRA BEACH, Fla. – If Tiger Woods had glanced into the overflow section at his Hall of Fame induction ceremony, he would have spotted Tom Hoge.

He should know who he is now.

It was Hoge who was on the receiving end of an unfortunate viral clip at the 2015 Wyndham Championship. Tied for the halfway lead with the then-unknown Tour player from North Dakota, a reporter asked Woods if he’d ever heard of Hoge.

Once he was filled in, Woods said, “No, I don’t know. Never met him, never seen him. Don’t know anything about him.”

Reminded of that encounter Thursday at The Players, where Hoge opened with a 6-under 66 to share the early lead, he laughed. “He can say whatever he wants, too, about me. That’s just fine. I can’t blame him for that. It was funny because I think [David] Feherty had a quote, when he first heard ‘Tiger Woods,’ he thought, What the heck is that, a golf course? I guess it all came full circle there last night.”

After being paired together in that third round at the Wyndham (Woods bested him, 68-72), they were matched up again five years later, at both the 2020 Farmers Insurance Open and 2020 PGA Championship. While Woods’ next steps are uncertain, Hoge has become an accomplished player, winning at Pebble Beach last month for his first victory and crashing the top 40 in the world rankings.

Despite an early start Thursday, Hoge made the time to attend the Hall of Fame induction ceremony at the Tour’s nearby headquarters.

“I don’t know if I would say it was important to attend, but I felt fortunate to be there,” Hoge said. “Tiger certainly had a big impact on me, why I’m out here, the money that we’re playing for this week. I think more than anything, you hear the stories of all the other great golfers there, just the perspective, and an appreciation that you have for the game of golf. It’s an inspiration to be there and see what they’ve accomplished. Everything is possible in this game.” 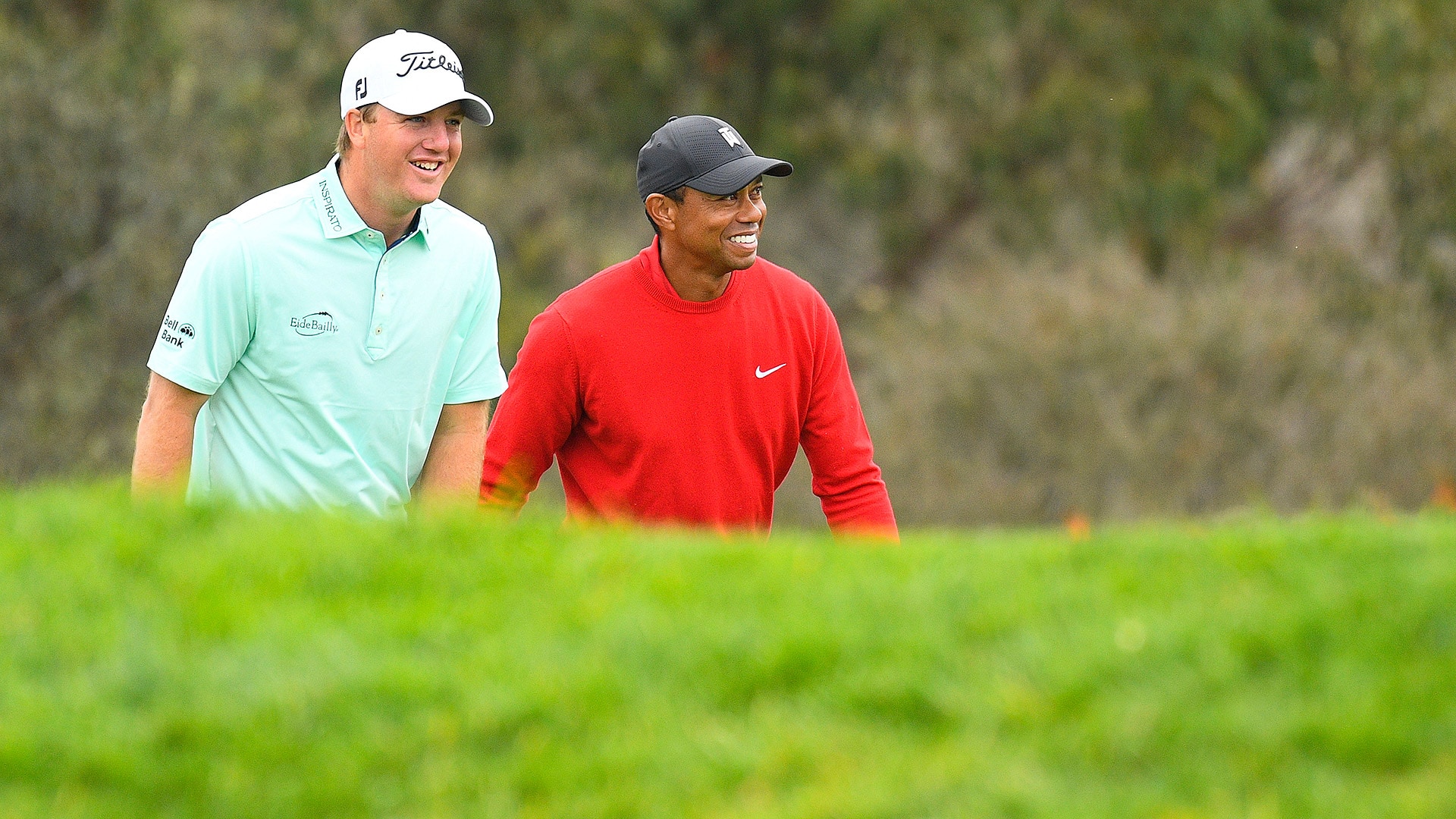