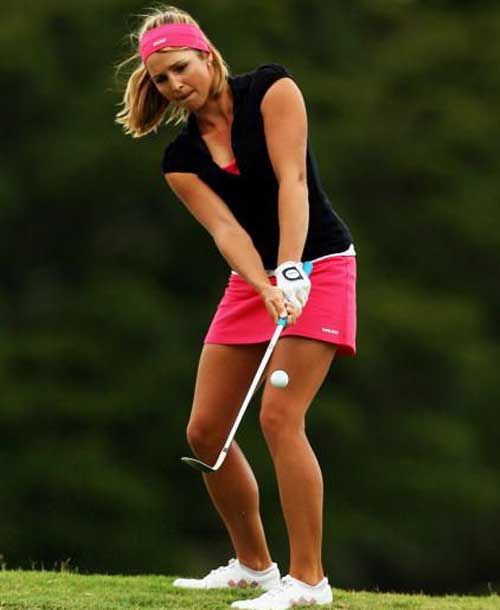 Women started playing golf since the formation of Ladies Club in St. Andrews, Scotland when they weren’t allowed to enjoy the sport by men. And since then, women have never been more dominating in a sport and have gone head to head with men in the game.

There have been many great women golf players who have retained their top spot for over 100 weeks in a row. Here, we would be looking at the top ten names of women in golf who are currently active in tournaments. Rankings are calculated according to championship title wins and present performances.

The rankings, also known as the Rolex ranking because of sponsorship, were started in 2006 and are sanctioned by eight tours as well as organizations. Here’s is quick look at the top 10 women players in golf:

This 19-year-old Kiwi golfer is indeed the youngest player ever (including men category) to be ranked 1 in the world. Lydia has been impressive throughout and has maintained her title since October 2015. She has two major championships- Evian Championship and ANA Inspiration.

She has also been on Time’s most influential People’s list. Whether it was the amateur series or the professional, Lydia has always been on the top in her golfing journey. Because of her golfing achievements and influence on people, she has been named Young New Zealander of the year as well in 2016.

Inbee Park is one of the most popular women golf players. This South Korean sensation plays for LPGA Tours in Japan and has over seven major championship wins to her career. Not only that, Inbee has been ranked as World Number one not once, but twice in her career where she maintained the spot for a few weeks.

Inbee Park is only the seventh player to have won four different titles and championships while securing a career grand slam. Currently, she is just a few points behind Lydia Ko.

What can be said about a woman who has been playing golf since childhood, securing top spots ever since she was 12? Lexi Thompson is the best US golfer in the world and also happens to be the youngest ever woman to have won LPGA title.

Before making the career jump from amateur to pro, Lexi also represented the USA in the Curtis Cup and performed remarkably, winning four out of the five matches and remained undefeated by drawing the fifth match.

Winner of the Kraft Nabisco Championship and British Women’s open, Stacy Lewis hails from the United States of America and has been in the game for quite some time, unlike the new young champions. Stacy too has been ranked at the top of the charts twice in her career where she has maintained her spot for more than 20 weeks.

Stacy has an impeccable record which comprises of more than 11 professional tour wins and 2 major championships to her credit.

Kim Sei Young is one of the youngest women top players and has been outperforming all the big names in the sport for quite some time. Kim hails from South Korea and is aged just 23. LPGA of Korea Tour and LPGA have been her major playing tours. She has won a record five times in the LPGA of Korea tour and two times on the LPGA tour.

Born in 1994, In Chun Gee is one of the top players in women golf and hails from the nation of South Korea which happens to be the home of two top 5 women golf sensations. Chun has won the 2015 Women’s open in the US and has been performing very well since the win.

She has won the LPGA tour of Japan twice but has not been able to outperform the consistent winners to secure a spot in the top 5 players in the world.

After winning the Canadian Women’s Amateur in 2013, Brooke Henderson became the name every women golf enthusiast remembered. She turned professional in December 2014 but before that was the top-ranked women amateur player for a very long time.

She has won many events in the Canadian LPGA tours. She was also named as the Canadian Athlete of the year in 2015 for her significant achievements in Golf.

Jang Ha-Na is one of the highest paid women golfers and has several title wins to her credit. Not only she is young, she is fierce in her game which has helped her win 8 times in the Korea tour and once on the LPGA tour where she started playing in 2015.

She is the ambassador of BC Hard, Kumho Tires, Honma Golf and much more. She was the first LPGA Golfer to hit a hole in one on a par-4, a feat that won her the championship a week later.

Amy yang is a Korean Golfer and is an active participant of the US-based LPGA tours. She was the youngest of the lot to win the Queensland Amateur Championship and to play in LET as well. She has won Hana-Bank LPGA championship and the LPGA Thailand Championship.

Currently 26, Amy is one of the top women golfers catching up in ranks to look out for.

Shanshan Feng is the first ever Chinese women golfer to have featured in LPGA. Not only has she been the first ever player from her country, but she has also won four major titles including the 2012 LPGA Championship that shot her to fame. Currently 10th, Shanshan has held her career top spot of rank 5 for several weeks after her championship win.

So these were the current top women golf players of the world who have made their mark on the sport with their brilliant playing style.