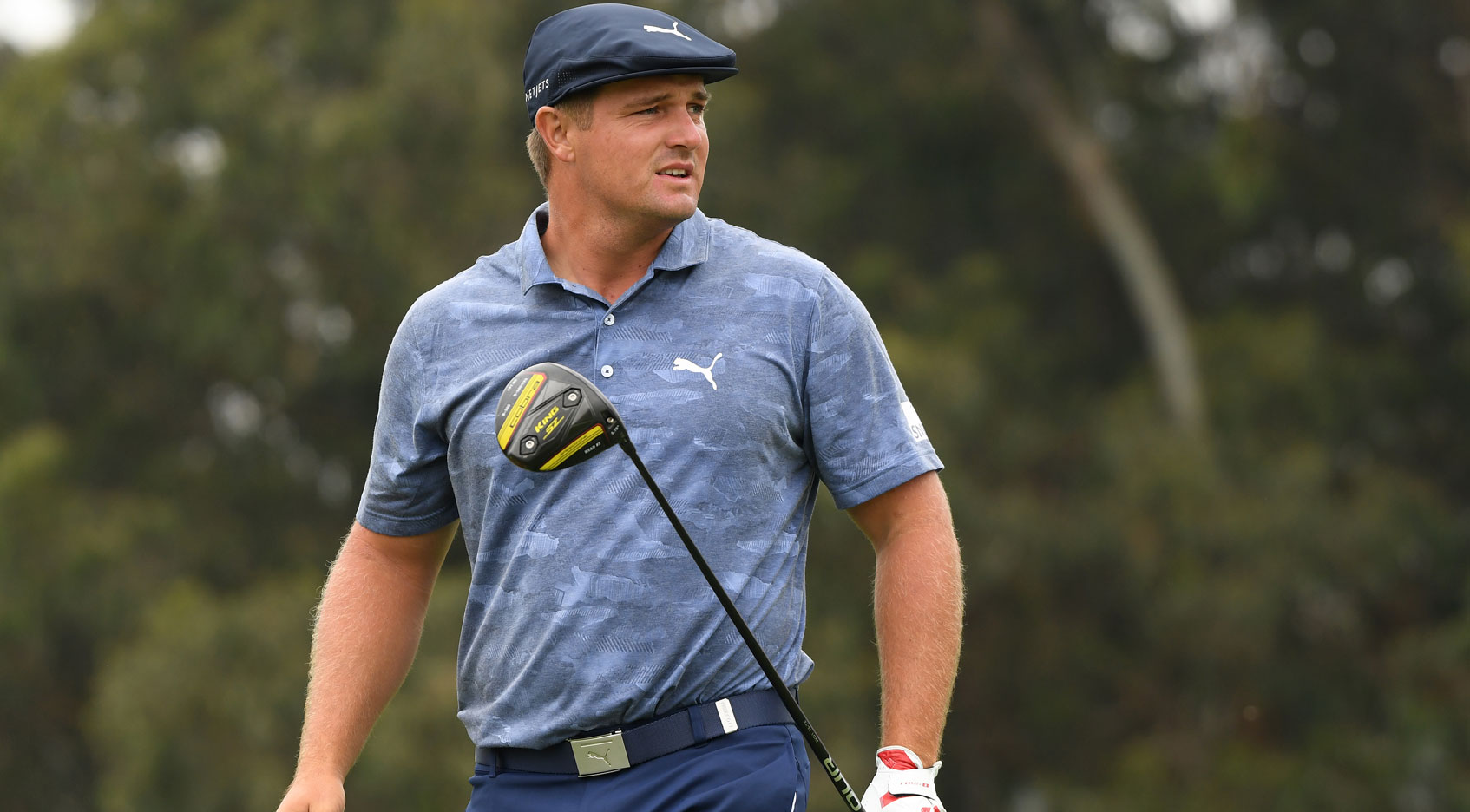 No platitudes are needed to emphasize the singularity of 2020—they’ve all been used, so let’s dive right into the subject at hand: On the golf equipment front, the COVID-19 pandemic saw not only an uptick in rounds played, but record-breaking equipment sales. Indeed, according to industry research firm Golf Datatech, Q3 equipment sales topped the $1 billion mark, which was the second-highest quarter ever recorded since the firm began measuring transactions.

Looking at the narrow (albeit highly influential) world of equipment on the PGA TOUR, there was a wealth of interesting storylines this year, the most notable of which we’ll dig into now.

It was the story of 2020. Bryson DeChambeau transforming himself from a moderately fit and successful TOUR professional into a muscle-bound freak of nature. The hard work and dedication not only changed the face of the game overnight, but it also sparked an outpouring of opinions and curiosity as to how everyone else was going to contain him or compete against him. The payoff for Bryson? Validation, in the form of a dominating performance at the U.S. Open. Arguably the last major a player of his profile would be expected to be successful at. As we saw with Tiger in 2000, strength reveals itself in multiple ways, and at Winged Foot it was not only off the tee but out of the rough and the stamina to get through 72 holes with zero letdown.

In response, the media has started a similar argument to the one posed in Jurrasic Park: “Can we? Yes. Should we?” The conversation has become quite polarizing with lead personalities like Brandel Chamblee arguing to support the evolution and others who believe this path will obliterate the legacy of the game. Who’s right? Who knows? But it’s fun to watch it all go down.

Bryson’s competitors took a different approach: speed training, squats, deadlifts, new ways to look at the golf swing, and of course longer shafts in their drivers. The ever-curious and open-minded Phil Mickelson was the first big name to jump in with a 47.5-inch Callaway and was shortly followed by Dylan Frittelli, Viktor Hovland, Adam Scott, and many others.

Will it stick? Who knows. We will see more long drivers in 2021, along with more two-driver setups and more and more Instagram posts with players pushing their personal launch monitors to the brink.

TaylorMade had a huge year. Not only did the Carlsbad-based company dominate a majority of the spotlight on the PGA TOUR stage with wins in two of the three majors (Collin Morikawa and Dustin Johnson), all three of the FedExCup Playoffs events (Johnson, Rahm, Johnson), and the winner of the FedExCup (Dustin Johnson). This isn’t to say that the other metal woods didn’t fare well. They did, but the momentum of SIM was like a freight train from the TOUR to the fitting bays. If the lockdown didn’t hit, it might have been the biggest-selling driver in TaylorMade history. Why do you ask? Speed. Pure speed for a very wide range of players.

As metal wood shafts go, very few saw the growth and response after the season resumed that Fujikura’s Ventus did. Not only did Ventus Black find its way into the clubs of several notable players (Rory McIlroy, Sergio Garcia, Dustin Johnson, Justin Rose, and Tommy Fleetwood), it was also a huge hit with fitters across the country. The combination of speed and stability made it a component that may not have been built into every stick, but it was definitely a serious consideration in every conversation.

“It’s always darkest before the dawn.” Never has a quote been more accurate than it was for the golf industry after the COVID-19 lockdown. With most equipment companies experiencing the lowest of lows in March, April and May, they saw the highest of highs in the third quarter with a majority of them setting sales records. It got to the point where it wasn’t necessarily a lack of buyers that was the concern. It was a lack of inventory. Now that the stock has been replenished, companies are seeing continued energy online and at retail. Golf in general was identified as a saving grace for the COVID-19 boredom and limited menu of permissible activities.

Besides Bernhard Langer, there isn’t a player on any tour that sticks with what works more than Fred Couples. Up until a couple of months ago, his bag consisted of 10-year-old irons, a 12-year-old 3-wood, a 9-year-old hybrid, and a 54-degree wedge from 2014. A visit to Ping headquarters before the Charles Schwab Cup Championship changed a lot of that. Thanks to a herculean effort by Ping Senior Tour Manager Brad Millard, Couples walked out of that session with a new Ping G425 driver, Ping I210 irons (3-P), and two new Ping Glide 3.0 wedges (54, 58). Give that man a medal, as the sticks are still in Couples’ bag today. Based on his track record, Couples should be set well into his 70s.