Niemann, the top-ranked amateur in the world, shot 8-under 63 Tuesday at Prince of Wales Country Club in his native Santiago, Chile, to win the Latin America Amateur Championship.

And with the title, both redemption and an invitation to the Masters Tournament.

After winning the @LAAC_Golf 19 year old @joaconiemann was asked if he will win @TheMasters. He said “Maybe not this year but I will win.” pic.twitter.com/6FiJdm8ZOg

“What really helped me was the playoff last year [at the LAAC]. That gave me a lot of experience. I think having two Chileans hoist that trophy before was also a big influence,” Niemann said. “Playing Augusta is going to be really difficult. You have to know that golf course. I’ve played the Masters only through games, video games.”

Niemann, who was going to turn professional had he not won this week, started the final round one back of Mexico’s Alvaro Ortiz. Niemann was sluggish from the start on Tuesday, but then drove the 313-yard, par-4 eighth and made the eagle putt. That sparked a run of five birdies over his next six holes.

Niemann was bogey-free in the final round and finished five shots clear of Ortiz, who also lost in last year’s playoff. In addition to his Masters invitation, Niemann received exemptions into the final stages of qualifying for the U.S. Open and The Open. He also is exempt into the U.S. Amateur and British Amateur. All are dependent on him remaining amateur, but Niemann stated he plans to turn professional after the Masters. 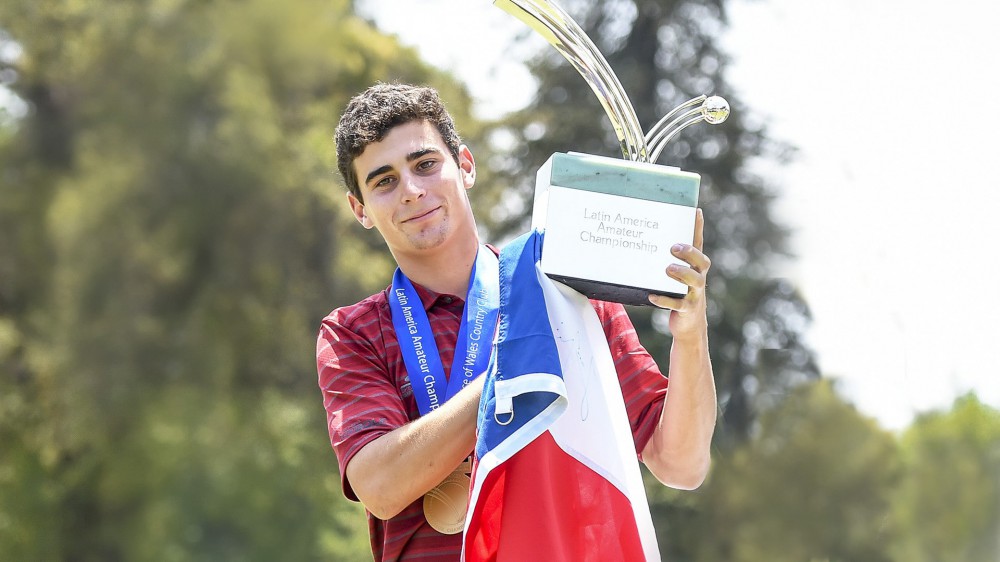