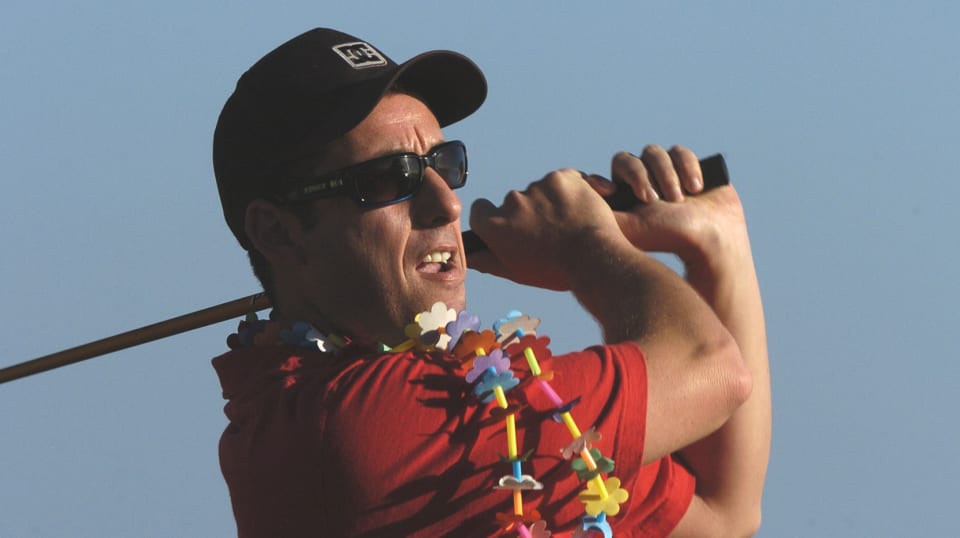 It is one of golf’s burning questions, who exactly will earn a tee time for the season-ending TOUR Championship, but this year there’s a wrinkle.

The tournament has invited Adam Sandler to play a round early in the week (Sept. 2-5) to commemorate the 25th anniversary of “Happy Gilmore,” the comedy in which he plays a washed-up hockey player who discovers a hidden knack for golf (and super-long drives).

The TOUR Championship posted on social media, “Hey, @AdamSandler, if this gets 10K retweets, will you come play 18 holes with us at the end of August? We take a lot of pride in having you as the 1996 TOUR Championship winner.”

Fans took up the challenge, sending the post over the 10,000 mark in just nine hours. Two-time FedExCup champion Rory McIlroy upped the ante with a quote tweet, “Meet me on the 9th green at 9. And wear something nice @AdamSandler.”