Despite struggling through the early part of the season, PGA Tour rookie Martin Trainer rallied to win for the first time on Tour at the Puerto Rico Open.

Trainer started the final round alone in third place, two shots behind Aaron Baddeley, but closed with four birdies in his final 10 holes for a closing 67. That gave him a three-shot victory over a group that included Baddeley, Daniel Berger, Johnson Wagner and Roger Sloan.

“I could never have imagined that this would ever happen,” Trainer said. “But it happened today, and it’s just incredible. It’s been a long journey, for me at least.”

The 27-year-old had cracked the top 50 just once in nine starts this season, that being his T-28 finish earlier this month at Pebble Beach, and started the week ranked 286th in the world. But with the win he’s now fully exempt through the 2020-21 season and earns spots in this year’s Players Championship and PGA Championship as well as the 2020 Sentry Tournament of Champions.

Trainer didn’t even have Web.com Tour status a little more than a year ago, but he Monday-qualified into the El Bosque Mexico Championship and went on to win. He added another Web.com Tour victory last summer that clinched his promotion to the PGA Tour, where he’ll now play for the foreseeable future.

“Inside (today) it was utter turmoil,” he said. “But I drew on my experience of winning on the Web to try to stay calm, and all the work I’ve done to try to stay calm in those moments all came together and I was able to sort of keep it together as I was going down the 18th fairway.”

Baddeley started the final round with a one-shot lead but settled for a share of second after shooting an even-par 72. Other notable finishes included Charl Schwartzel (T-6), Ben Crane (eighth), Boo Weekley (T-35) and Graeme McDowell (T-43). 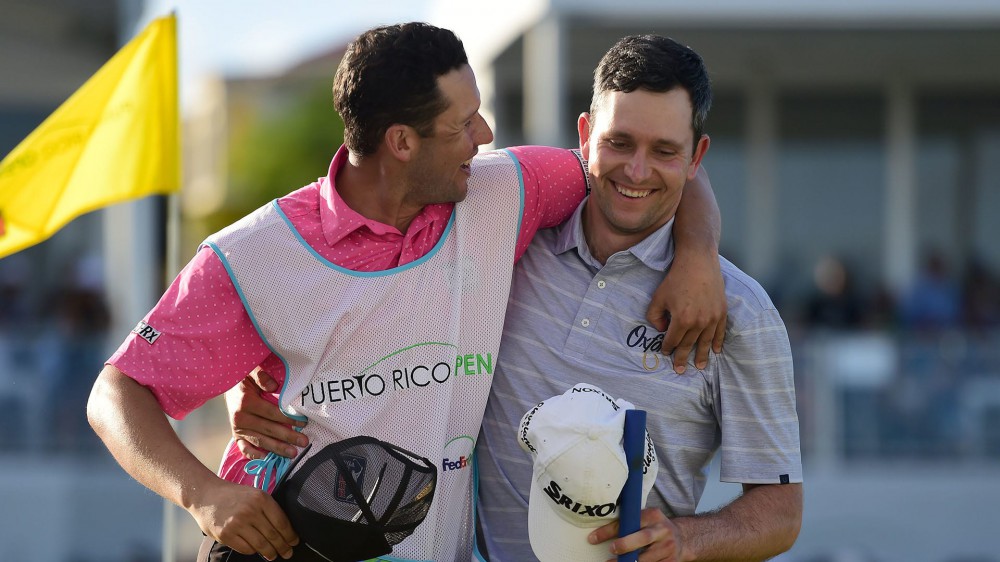