Trump excited for Masters Sunday with Tiger in mix

Golf fans everywhere will be glued to their TVs on Sunday as Tiger Woods has a chance to win his fifth green jacket at Augusta National.

That includes one of his most high-profile recreational playing partners, president Donald Trump.

Trump, who recently played with Woods a couple months ago at his private club in South Florida, tweeted his support for Tiger (and a “good luck to all”) in his quest for a 15th major title – and first since 2008.

Great playing by @TigerWoods (at the) @TheMasters. Tomorrow will be a big and exciting day for golf and for sports. Many fantastic players in the hunt. Ratings Gold – Good luck to all!

Woods shot a 5-under 67 on Moving Day at the Masters and enters the final round two shots behind leader Francesco Molinari. With storms expected in the afternoon, tee times have been moved up and players will be sent off in threesomes off of split tees.

Woods will tee off in the final group with Molinari and Tony Finau at 9:20 a.m. ET. 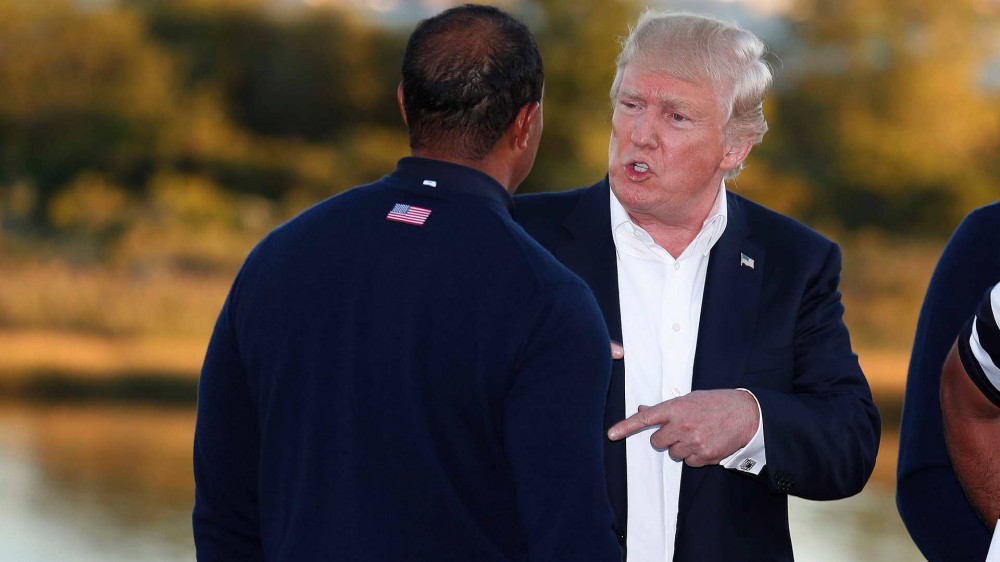