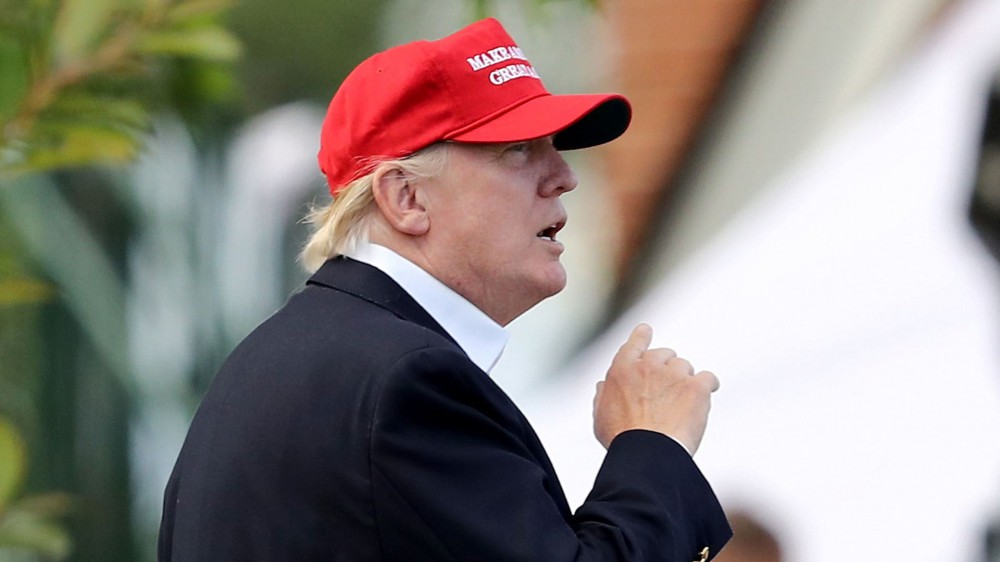 BEDMINSTER, N.J. – President Donald Trump has been showered with fanfare since he stepped on his property at Trump National Friday for the U.S. Women’s Open, but his arrival has been more contentious at the protest site set up by Somerset County officials four miles down the road.

The president himself acknowledged the face-off going on at Bedminster’s Clarence Dillon Library, the designated protest site.

“Thank you to all of the supporters, who far outnumbered the protesters, yesterday at the Women’s U.S. Open,” President Trump tweeted at 5:51 a.m. on Sunday. “Very cool!”

NJ.com reported that there was more than verbal clashing at the protest site: “In one incident, a Trump supporter poured water on a protester and hit him with the pole of an American flag he was carrying, witnesses said.”

The Philadelphia Inquirer reported that a 65-year-old female anti-Trump protester bit a male Trump supporter after they squabbled over her sign and a spot on the protest fence line. A police officer was called over to intervene.

“The scene seemed surreal as it unfolded in this bucolic bedroom community,” the Inquirer’s Marcus Hayes wrote. “As temperatures rose, so did the fervor. … It was a lovely Saturday morning for gardening, but there were 15 New Jersey state troopers on the lawn.”

The Inquirer reported that a 47-automobile motorcade of Trump protesters made “three noisy passes” in front of the Trump National main entrance Saturday with anti-Trump messages posted on their vehicles. There were also speeches at the library site.

It has been a different scene inside the gates of Trump National, where the president has been cheered and adored while he watches from his private box overlooking the 15th green, 16th tee and 18th green.

Cristie Kerr, Lexi Thompson, Suzann Pettersen and Paula Creamer were among players who accepted invitations to visit President Trump on Saturday in his private box. He tweeted Saturday night that he was going to attend the U.S. Women’s Open again on Sunday.