Trying to be helpful, Spieth violates a rule

JERSEY CITY, N.J. – A day after Anirban Lahiri was disqualified from a hole at the Presidents Cup for violating a little-known rule, Jordan Spieth found himself in a similar situation after violating an even more obscure rule.

All square in his afternoon fourball match paired with Patrick Reed, Spieth stopped Louis Oosthuizen’s golf ball as it rolled well past the cup on the 12th hole.

The rules official walking with the match informed Spieth that he’d violated Rule 1-2 by exerting influence on an opponent’s golf ball, which resulted in his disqualification from the hole and the eventual loss of the hole.

“I only stopped it because our fans were screaming for it to keep going,” Spieth pleaded with the official, Andy McFee.

After a lengthy discussion with Spieth, Reed and assistant U.S. captain Tiger Woods, the official maintained the American had violated the rule even though Oosthuizen’s eagle attempt had rolled past the hole and the International team (Jason Day) already had made birdie.

Oosthuizen and Day were also uncomfortable with the ruling and offered to concede the 13th hole to the Americans and square the match, but Spieth declined the offer.

“There was a lot of really goodwill and good sportsmanship in there. It’s a sh—y rule,” said International captain Nick Price. “It really is. A shame. I felt so bad for Jordan. We all did, because he didn’t do it with any intent or any malice.” 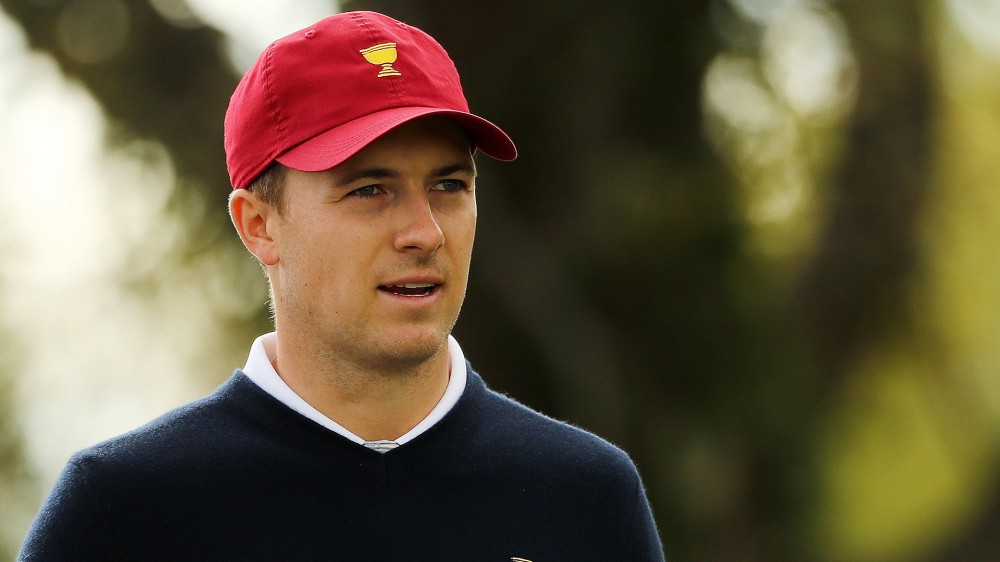 Lexi looking to build on success of 2017