AUGUSTA, Ga. – Four months ago we didn’t know if Tiger Woods would ever play competitively again and now he completed the first round of the Masters for the first time since 2015. Here are a few observations from Woods’ 1-over 73 at Augusta National:

• Once unthinkable, the par 5s proved to be Woods’ kryptonite, playing the four holes in even par. He smoked tee shots on Nos. 2 and 8 but failed to make birdie, then drove it right on Nos. 13 and 15 on the back to prevent him from being more aggressive.

• Driving was not crisp, although he hit two lasers on the final two holes of the day. The first tee shot of the day, a 3-wood, was left. Another 3-wood on the fifth was left. Drivers on Nos. 11, 13 and 15 were way right.

• There were many key shots on the round, but none were bigger, or more important than the bogey save on the par-3 12th hole. That’s right, bogey save. Woods came up and out of tee shot, the ball hit the side of the bank and came back into the water. After figuring out where to drop, Woods hit a mediocre chip shot to about 16 feet. He made that putt. If he’d have missed it would’ve been double bogey and he’d have dropped to 4 over par.

• Davis Love III was the broadcaster for Masters.com coverage of Tiger’s round and had just said that the pin on the par-4 14th hole was so difficult that he wouldn’t expect Tiger to be able to get the ball close. Thirty seconds later, Woods hit it to 8 feet and ultimately made the putt to gain a little momentum down the stretch.

• Woods’ final birdie of the day came on the par-3 16th. The ball landed pin-high right but checked up, caught the slope and rolled back to 20 feet below the hole. He rolled it in the side door for a 2. “Sixteen has been good to me over the years.” Yes, yes it has.

• I wish the round was a little easier on him, and me, but it’ll never get old watching Tiger Woods grind out an acceptable score when he doesn’t quite have his best stuff. Let’s be honest, the first-round 73 had 75 or 76 written all over it.

• On Friday, Woods will tee off at 1:27PM ET, with only three groups after him for the remainder of the day. 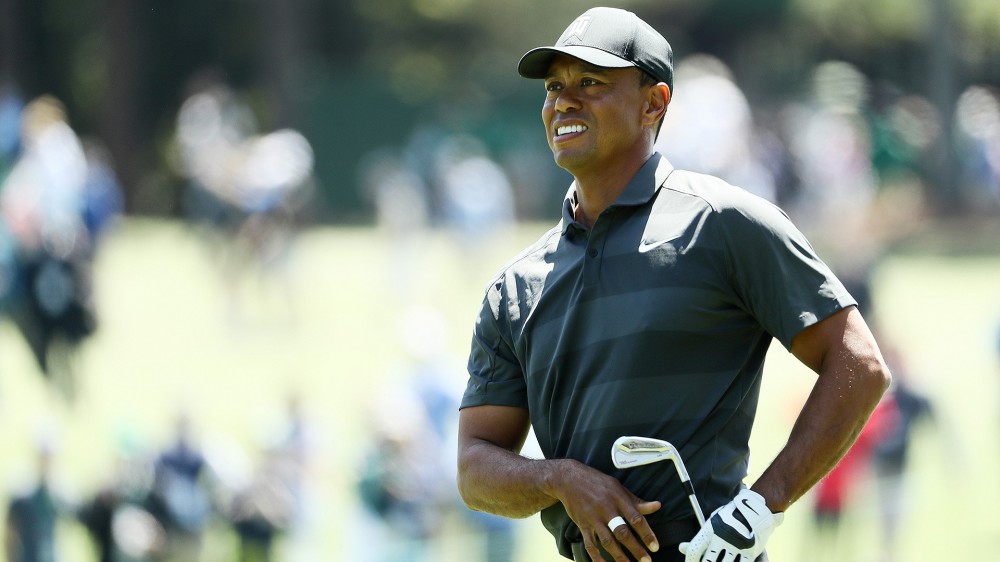