• There’s only one place to start. That walk down 18. Tiger Woods leading throngs of maniacs (and me) into an arena only he can create, only he can star in, only he can thrive in. That was a security nightmare, and I’m sure whatever entities hold the insurance policies on Tiger and Rory were pulling their corporate hair out, but that was a scene you can’t really stage. A scene you can’t recreate. Not like that. Not with that level of exaltation. Every single person who has followed Tiger Woods’ career – every single person who loves the game of golf – felt like they were following Tiger in that crowd up 18. Regardless of whether you root for him or against him, you know no one else in the game can create a spectacle like that. After the surgeries, and the scandals, and the personal demons, Tiger Woods teared up, tapped in, put his arms in the air, and soaked in a kind of redemption none of us will ever fully understand.

• He admitted he almost cried twice on the way in. He almost cried in the crowd en route to the front bunker, and he almost cried after Rory McIlroy ceded the stage on the 72nd green. For years, he was invulnerable. Impenetrable. That was his aura. That aura was later shattered at too many different points along the way. There was a popular thought that Tiger Woods couldn’t be Tiger Woods without that same air of invincibility – that edge. But on Sunday, the golf world and Tiger himself saw that he could be vulnerable and a champion. Notah Begay perhaps put it best when he suggested on Golf Central that Tiger could, moving forward, strike a balance between playing with an edge and playing with a sense of gratitude.

• That gratitude seems genuine, too. He thought he was done. More than that, at his lowest point, he didn’t know what was going to be left of his life.

Now the roars, the support, the embrace, the victory – it all means a little more. Tiger Woods seems like a guy who took everything he had for granted, faced down the possibility of losing it all, and came out on the other end. “You know, the people who are close to me saw the struggles and what I was going through, and some of the players that I’m pretty close to, they’ve really helped throughout this process and the last few years,” he said. “Their support and some of those things that they said coming off that last green meant a lot to me.”

• Tiger has been the face of golf for the last two decades. And that’s why it’s so weird to think that anyone can conceive of him as anything other than the most dominant player in the history of the game. But his kids are young enough that they really don’t know. Hearing him discuss his family Sunday night was both heartbreaking and heartwarming.

“I think they understand a little bit of what Dad does now. I hadn’t won any tournaments in which they can remember, so I think this will be a little bit different for them. … A lot of times they equated golf to pain because every time I did it, I would hurt, and it would cause me more pain. And so now they’re seeing a little bit of joy and seeing how much fun it is for me to be able to do this again.”

• So where do we go from here? To Paris, where Tiger through a wry smile suggested that everyone is going to sleep well on the U.S. plane tonight. Uh huh.

• But what’s next in that big-picture sense? Does he pass Sam? Does he catch Jack? Hell, I don’t know. I never thought we’d get to this point again. And neither did he. Maybe it’ll never get any better than this. But you know, it just might. 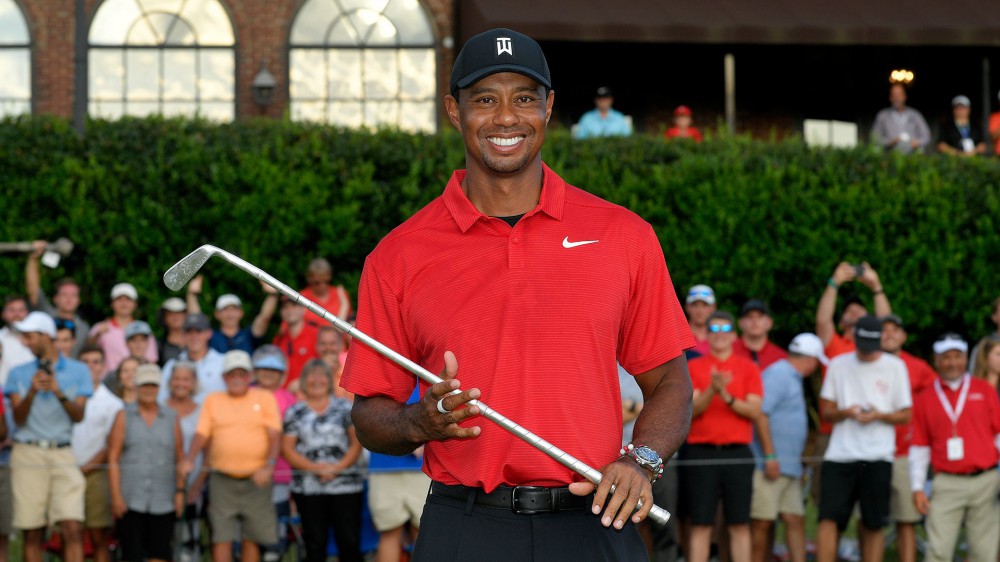