PARAMUS, N.J. – Here are some things I think I think after a mediocre opening-round 71 at The Northern Trust:

• Starting on the ninth tee is just plain weird. I know it was done because of logistics but it’s still awkward. Messes everything up, and I’m not great at math.

• Now that we’re done with that, two birdies and two bogeys, equals … meh.

• I’ll let the man sum up his round himself: “One of those days where I just kept having the half-club and was never able to fully swing at it and having to hit little softies in there, control my flight, maneuver the golf ball. One of those days.”

Tiger went on to say that on Sunday at both The Open and the PGA Championship he had great numbers and full shots into just about every green. Coincidence that both those rounds were awesome? I think not.

• A lot of time a group will either all play well, mediocre or poorly. For better or worse, they feed off each other’s energy. This was not one of those days. Tommy Fleetwood shot a smooth 67 and is near the top of the leaderboard. Marc Leishman struggled, made four bogeys, with a 2-over 73. Tiger was smack in the middle with an even-par 71.

• Sure it’s only one round and there’s so much golf left to be played, but both Dustin Johnson and Brooks Koepka shot 4-under 67. It’s never fun looking up at those two bros. 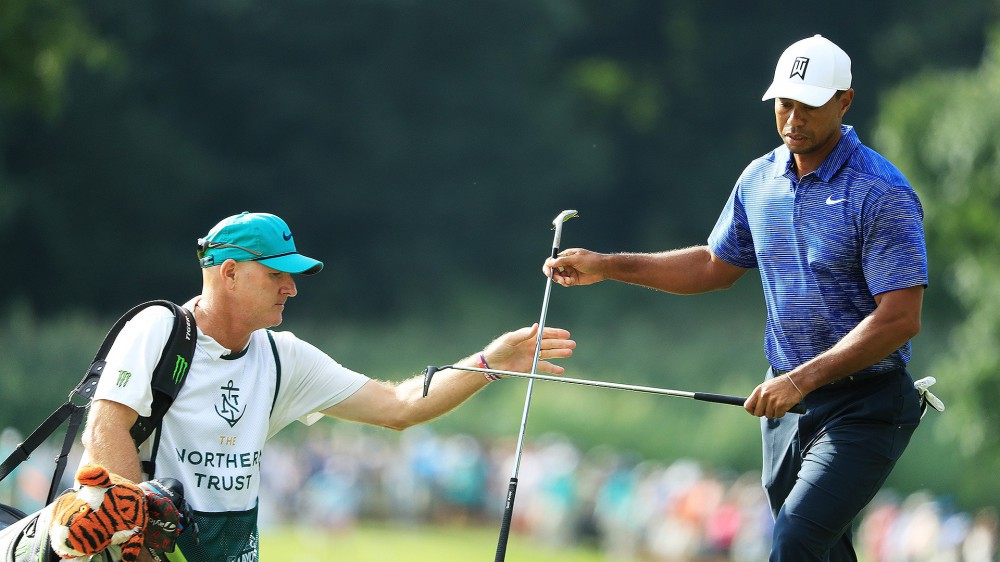