PARAMUS, N.J. – Here are some things I think I think after a second consecutive mediocre 71 at The Northern Trust at Ridgewood Country Club:

• Just like Thursday, Tiger made two birdies and two bogeys in his second round. He was 2 under after 14 holes and bogeyed two of his last four, including a 4-footer for par on the last. For a moment it looked like he was going to miss the cut, but ultimately he made it right on the number.

• Tiger hit 16 of 18 greens and didn’t miss his first until only slightly missing the green on the par-3 15th hole. It, of course, led to bogey.

• Tiger: “It’s just one day. Golf’s one of those things where you just have to make putts. I mean, no matter how good. You hit your golf ball tee-to-green, still got to hole it. Today was one of those days when I didn’t make anything. Just got to do some work.”

And he did. After finishing with the media, he marched promptly to the practice green. • Did I mention Tiger needed 35 putts on Friday. Think I did. He had only 29 on Thursday.

• Any weekend with Tiger Woods on the golf course is a good weekend. And he could use some FedExCup points to help make him a lock for East Lake, but I’m not so sure that a weekend off wouldn’t have been the best result. He’ll play a lot of golf over the next month, two days off here might have been helpful in the long run.

• Not to be all Negative Nancy. The most positive part of the day, to me, was Tiger’s driving. He looked great with the driver in his hands. Confident, free, strong. That was impressive even if he wasn’t able to pay it off on the greens. 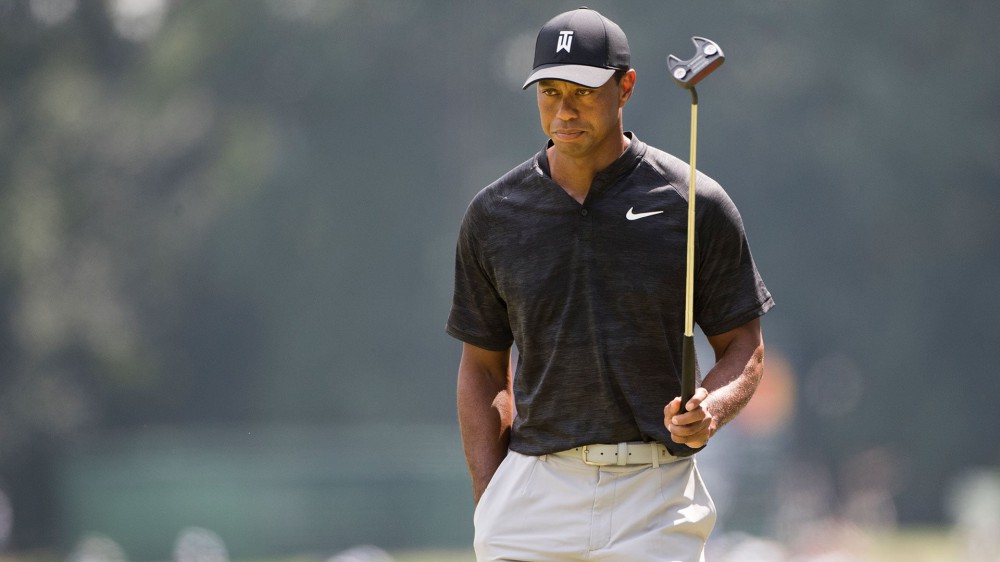