NASSAU, Bahamas – It was another up-and-down round for Tiger Woods on Friday, but at least he finished the day with an under-par round (69). Here’s some this and that from Day 2 at the Hero World Challenge.

• Things were moving along swimmingly for Tiger at 5 under for the day through 17 holes when his pushed his tee shot at the last into a bush. He played his next shot from his knees on his way to a double bogey-6, but was informed after his round the shot was under review to see if he hit the chip twice. He was not penalized for the shot. “I didn’t feel like I made contact twice. In slow motion and hi-def you could see that the ball hit the clubface twice,” he said.

• Putting was the story again on Friday with missed birdie attempts from 7 feet (No. 2), 10 feet (No. 5), 4 feet (No. 8) and 5 feet (No. 11) for a round that could have been so much better. Tiger’s putting woes are particularly baffling on what is essentially his home course. “I just didn’t hit putts hard enough,” he said.

• As spotty as things were on the greens they were just as impressive off the tee for Tiger again on Friday. Although he hit fewer fairways than he did on Day 1 (9 of 13), his tee game may have been even better considering the winds were much more demanding on Friday.

• Tiger was paired with Hideki Matsuyama for the second round and the Japanese player seems to be a good luck charm. In Tiger’s 10 rounds paired with Matsuyama he’s now posted cards in the 60s six times.

• It used to be Tiger’s calling card and what separated him from the rest of the field. On Friday he played Albany’s par 5s in 4 under par.

Golf Channel’s Todd Lewis offered an update on Thursday’s news that Tiger has been dealing with “sore” ankles for months. According to Lewis the torque Tiger has put on his ankles from wearing metal spikes all these years has created some issues. Not to worry, however, Tiger switched to soft spikes starting at the Tour Championship in September and has been wearing them since. 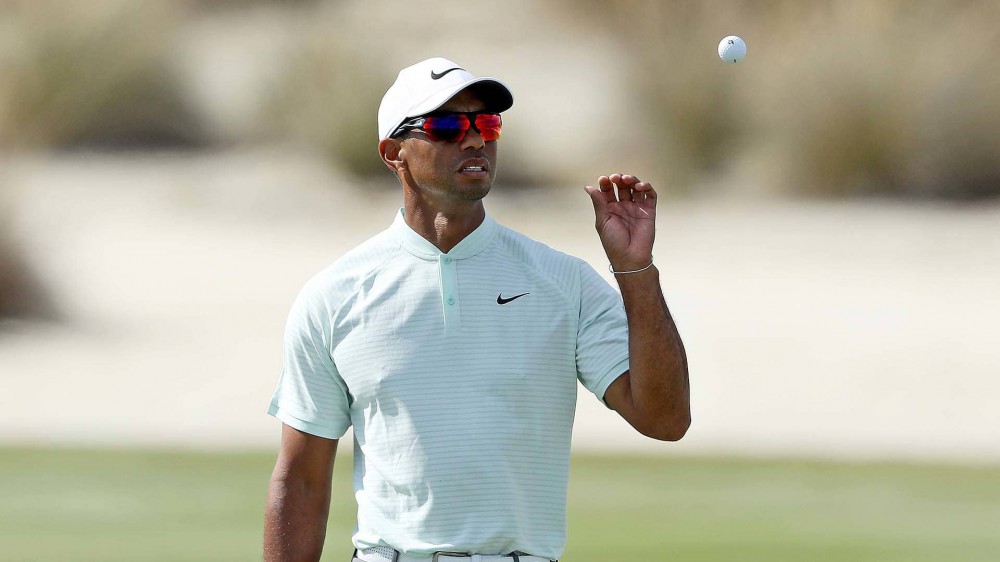