CARNOUSTIE, Scotland – Here are a few things I think I think after Tiger Woods shot an even-par 71 Thursday to move into a tie for 32nd place after the first round of The Open at Carnoustie:

• Even par in the first round of any major is good. It doesn’t seem as good when you consider he was 2 under after nine holes, but it’s good.

• Even par is even better considering he showed up at Carnoustie with kinesiology tape visible on the back of his neck. Oh dear God, Twitter exploded. Tiger said it had been nagging him for awhile and that it wasn’t that big of a deal. He’s done it before, but the tape had never been visible.

• This was Tiger’s best opening-round score in a major since The Open in 2014 at Royal Liverpool (69). It’s the first time he birdied the opening hole in a major since the 2012 Open at Royal Lytham & St. Annes. Only one of Tiger’s last 14 major championship rounds has been under par. • Tiger only hit one driver all day (on the par-5 sixth), hit two 3-woods (second and 10th holes), and everything else off the tee was an iron. It was his gameplan. He had spots he wanted to hit in the fairway. He wanted to be a little more aggressive, but the wind direction prevented him from going that route.

• Woods played with Hideki Matsuyama and Russell Knox. To say Knox was in awe of playing with Woods for the first time would be an understatement. “I knew it was going to be an uncomfortable round. I was never going to feel like I was out playing with my buddies, just freewheeling it. Major championship, Open in Scotland, playing with your hero, you’re never going to feel like you’re just winging it,” the Scot said after shooting 2-over 73. “I’m not going to lie. He’s a person which I’ve seen on the range in the past, and I mean, he’s almost like a mythical figure.”

• Woods: “I had two 8-irons into both par-5s today, and I end up with par on both of those. If I just clean up those two holes and play them the way I’m supposed to play them with 8-iron in my hand, I think I’d probably have the best round in the afternoon wave. So it certainly could have been a little bit better.” 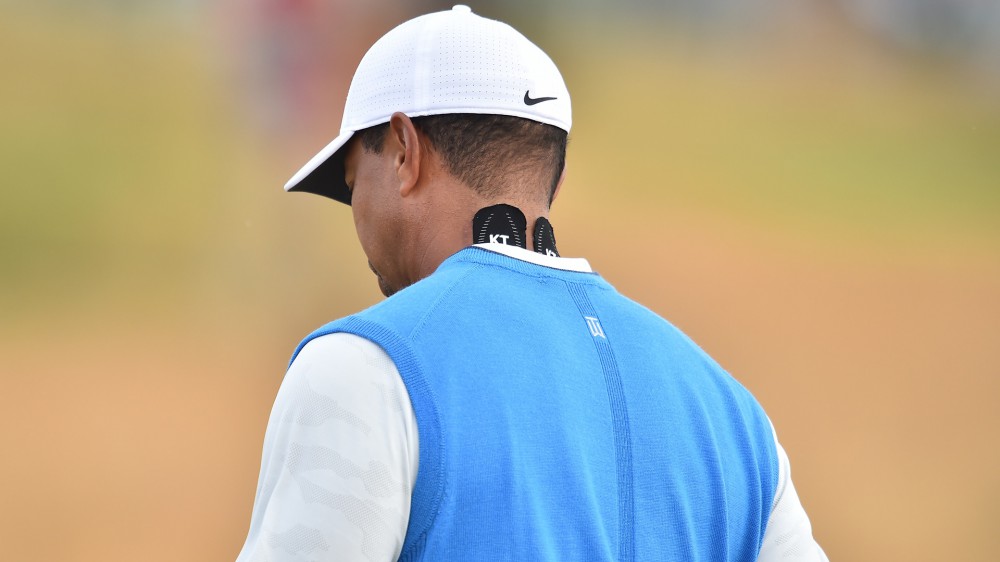 DeChambeau plans to leave flagstick in for putts in 2019