ATLANTA – The start wasn’t much to look at, but that finish was something else. Tiger Woods eagled the final hole on Thursday and shares the 18-hole lead at the Tour Championship. Here are the things you know you want to know:

• First of all, let’s give a pat on the back to the man who most deserves it today: Me. Early this morning, I sent this tweet:

Less than an hour until tee time. Gotta good feeling about this week. Let’s set the O/U today at 66.5 on the par 70. And then take the under.

• Now onto Tiger. After all, he did hit 10 of 14 fairways, 14 of 18 greens in regulation and took 28 putts. It wasn’t looking good early when he had nine putts through four holes and was 1 over par. But he birdied Nos. 5 and 6, turned in 1 under, and really turned it on down the stretch with two birdies and an eagle over his final seven holes. And if you take a good look at the scorecard below you’ll notice he didn’t make a bogey after the first hole. 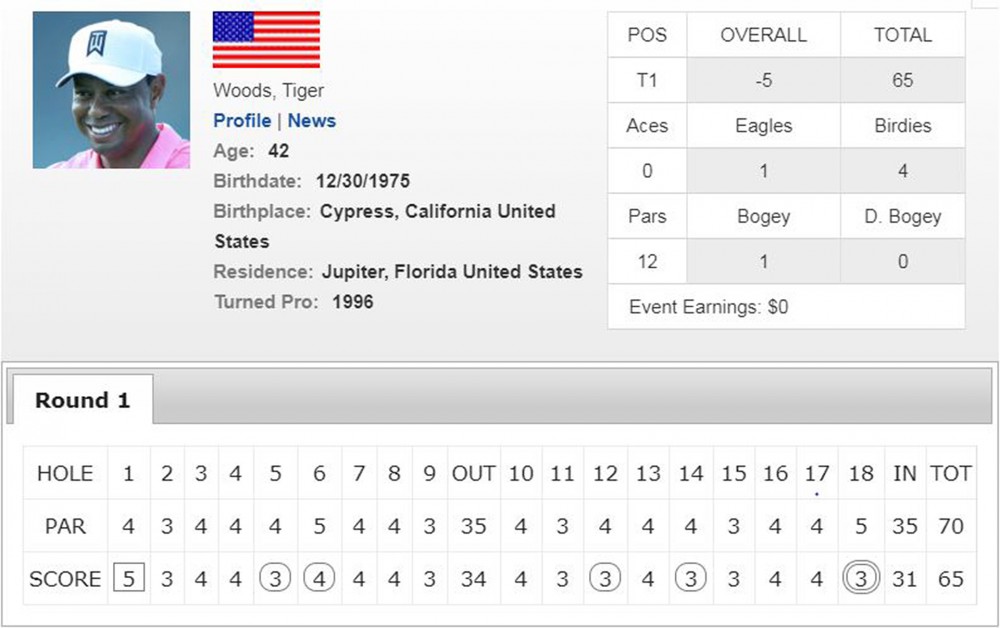 Woods added that you had to play “conservatively” and be patient – take what the course allowed. Tiger missed five putts – four of them for birdie – inside 15 feet. But in the 93-degree heat, he kept his composure and made putts of 26 and 28 feet for birdie, and 28 feet for eagle.

• This week feels different. It feels like Tiger is really ready to win again. He seems very serious, very focused. He talked about “getting the W” on Wednesday and said on Thursday, “[T]he objective is to always win.”

After shooting 65, Woods signed a few autographs and eventually made his way to the putting green. If he gets those 15-footers to fall, we’re going to be two wins away from tying Sammy.

• So, what about that eagle on 18, you ask? Tiger said he “hammered” a driver – which was listed at 320 yards – and then hit a 5-wood from 256 yards to 28 feet. As for the putt: “It took forever for that putt to start breaking, grain coming down off the left. But once it snagged it, it was going straight right.”

Eagle at the last to tie the lead: BANG!

@TigerWoods opens with a 5-under 65. pic.twitter.com/zmPmMOhT3e 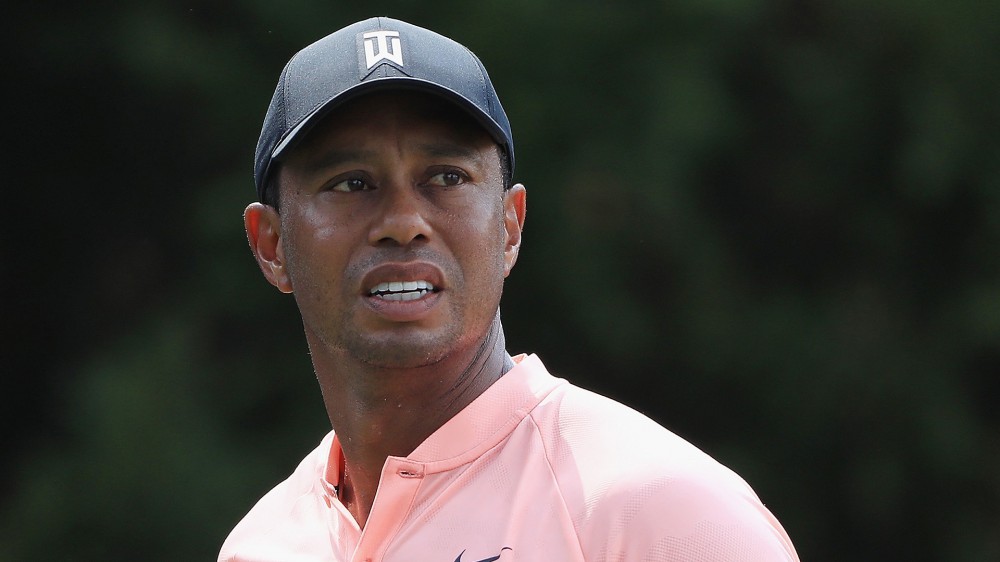