PALM HARBOR, Fla. – On a chilly morning at a tournament he’s never played before this week, Tiger Woods took his biggest step yet on the comeback trail. Here are a few observations from walking alongside the man himself as he tamed the Copperhead Course and moved to the top of the leaderboard:

• What. A. Day. For almost the entire morning, Woods was in control of all facets of his game. The tee shots were crisp, the irons controlled, and the putts found the bottom more often than not. In just his 12th competitive round of 2018, this was the most comfortable he has looked in years.

• While he said after the round that he didn’t get a chance to see it on the leaderboards around Innisbrook Resort, Woods took sole possession of the lead with a sand-save birdie on the par-5 fifth hole, his 14th of the day. He stayed alone at the top until a bogey on No. 9, his final hole of the day, that dropped him into a share of the lead at the time and served as his first blemish in 24 holes. By the end of the day he was in a five-way tie for second, two shots behind leader Corey Conners.

• According to Woods, the key to his success was distance control with his approaches that yielded a bevy of uphill birdie chances. Of the four birdie putts he rolled in, none was longer than the 12-footer he holed on the second hole. Proximity paid off in a big way.

• After a 3-under 68, he admitted that his strong performance came after a shaky warm-up session when temps on the range barely got above 50 degrees and playing competitor Jordan Spieth was hitting balls next to him in a ski cap. “I was freezing out there,” Woods said.

• Following a 12th-place showing at the Honda Classic, Woods said the key was “cleaning up a few things here and there” with his game. Consider the aisles well-swept, given that he’s ahead of the field in every strokes gained category available.

• Tiger’s takeaway from a good day at the office, which ended for him when he had a share of the lead: “It means I’m there with a chance to win on the weekend.” He’s in search of his first top-10 in an official event since the 2015 Wyndham, and his first win since the 2013 WGC-Bridgestone Invitational. 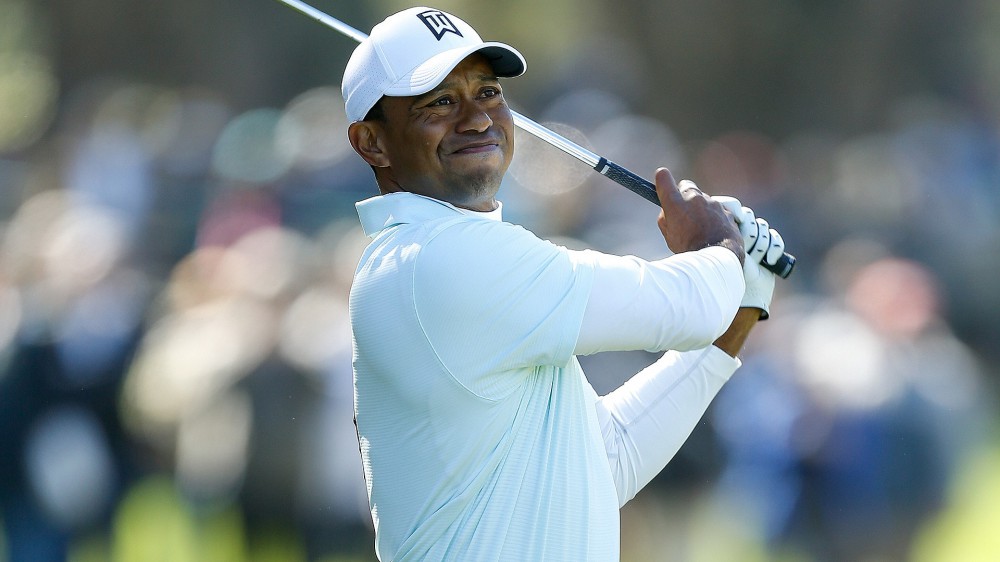 Who’s best on this putting surface?