LOS ANGELES – There were a few more fireworks after the chilly restart to the third round at the Genesis Open, but eventually Tiger Woods’ momentum ran out. Here are some thoughts during intermission of a marathon day at Riviera Country Club:

· Woods completed seven holes of his third round last night before darkness, returning to the course at 6:45 a.m. PT to face a chip shot from in front of the 17th green. He made an eagle on the par-5 first shortly after play resumed, but that proved to be his lone highlight from the early morning session.

· A bogey on No. 8 was his first dropped shot in 23 holes, and it led to a 6-under 65 in the third round. At 7 under for the week, Woods was T-13 upon completing his third round and 10 shots behind leader Justin Thomas.

· Woods also made an eagle on the par-5 11th hole during third-round play Saturday afternoon. This is the first time he has made multiple eagles in the same round since the final round at the 2012 Honda Classic, when he finished second behind Rory McIlroy.

· Woods was 7 under on his round through 10 holes after the eagle on No. 1, but from there the birdie chances were few and far between. He had only two birdie putts from inside 20 feet the rest of the way, missing both on Nos. 5 and 7.

· It’ll be a quick turnaround for Woods, who finished his third round just 40 minutes before he was set to return to the 10th tee at 1:10 p.m. ET to begin the final round. Players will remain in the same groups as officials race to complete the tournament by sunset, meaning Tiger will play another loop with Peter Malnati and Cody Gribble. 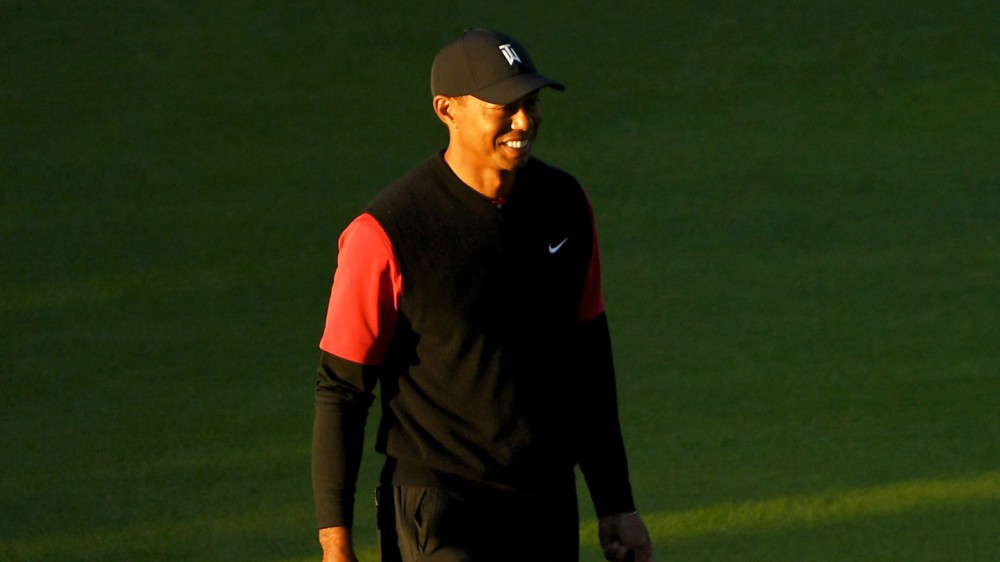