The PGA Tour is officially back in action after the holiday hiatus, and there are plenty of low numbers to begin the first tournament of 2019. Here’s how things look at the Sentry Tournament of Champions, where Kevin Tway sits in front of a 33-man field:

What it means: Tway was one of the last to qualify for this winners-only event, capturing his first PGA Tour victory at the Safeway Open in October. Now he leads the elite field after opening with a 66 in his Kapalua debut. But there’s plenty of firepower hot on his heels, including the defending champion in Johnson and another former world No. 1 and Sentry winner in Thomas.

Round of the day: Tway got off to a quick start, with birdies on five of his first nine holes en route to an outward 31. He didn’t drop a shot during his opening round on the Plantation Course, adding a pair of birdies on the inward half to cap a round in which he missed only three greens in regulation.

Best of the rest: Woodland qualified for this event with his playoff victory in Phoenix in February, and in his first start with new Wilson equipment he carded a 6-under 67 that included eight birdies. Woodland made a pair of bogeys on the front nine but went bogey-free on the back, capping his round with a pair of par-5 birdies on Nos. 15 and 18.

Biggest disappointment: Brooks Koepka finished last at Kapalua last year and things worked out pretty well for him. But he’s once again near the bottom of the standings after shooting a 3-over 76 that included five bogeys to go along with a double bogey on the par-5 eighth. His score left him ahead of only Satoshi Kodaira and Keegan Bradley, who both shot 77.

Main storyline heading into Friday: Watch out for the chase pack. Johnson and Thomas will both continue to make plenty of birdies on a course where their length off the tee remains an advantage every time they tee it up. The two players who combined to win this tournament the past two years are once again in position, and it’s likely both will contend this weekend in an effort to become the first player exempt for the tournament’s 2020 edition.

Shot of the day: The first PGA Tour ace of 2019 goes to Patton Kizzire, who holed a 7-iron from 186 yards on the par-3 eighth. The hole-in-one helped the reigning Sony Open champ to a 4-under 69 that left him in a tie for sixth after the opening round.

Quote of the day: “I was just trying to hit the green. The wind is tough out there.” – Kizzire on his ace. 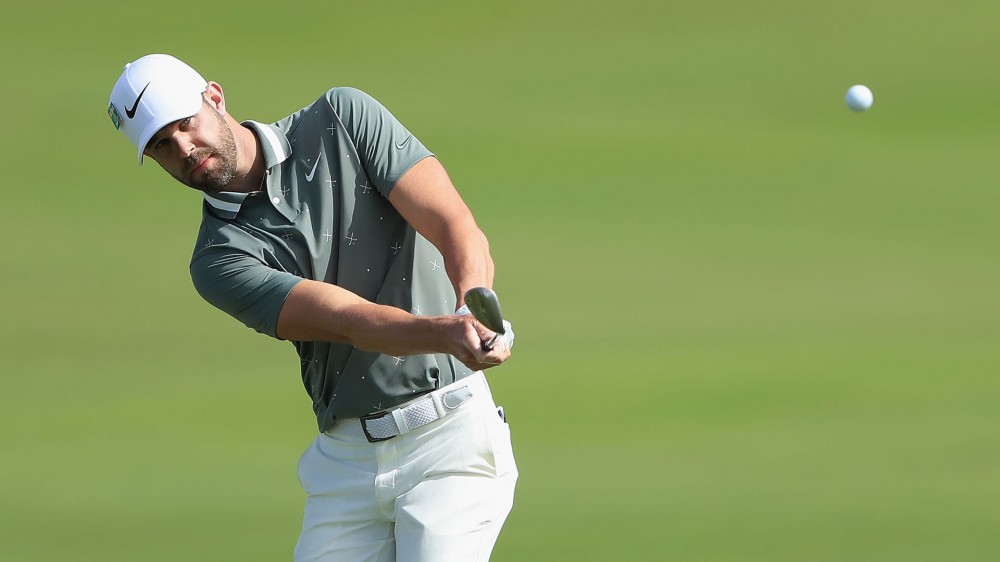