Kizzire is in the midst of a breakthrough season that has already included two wins: a maiden victory at the OHL Classic at Mayakoba in November, and a marathon playoff triumph over James Hahn at the Sony Open in January. While those titles got him into the Masters and the PGA Championship, they didn’t mean an exemption to Shinnecock Hills.

Kizzire got as high as 51st in the world rankings after his win in Honolulu, but his game started to turn shortly thereafter. A T-12 finish at the WGC-Mexico Championship is his lone top-25 finish in 12 starts since his Sony victory, and he missed four straight cuts from the Masters to The Players Championship.

The U.S. Open grants exemptions to the top 60 in the world at two different cutoff points close to the tournament. But in the midst of a cold streak, Kizzire was 63rd and 65th at each of those deadlines. He attempted to earn a spot at sectional qualifying in Columbus, only to find that his score of 5 under was one shot too many.

“I guess just adding a little fuel to my fire, adding insult to injury,” Kizzire said. “Just to have narrowly missed several different ways of qualification was disappointing. But I just tried to spin it as a positive. I got two weeks off, and I did watch those guys struggle a little bit. I wasn’t struggling at home, we’ll just say that.”

Kizzire hopes to put the disappointment behind him this week at the Travelers Championship, where he finished T-53 a year ago. And while his pair of trophies didn’t get him a tee time last week – or guarantee him a berth in The Open next month – they put him in prime position to make the season-ending Tour Championship, which would mean spots in the first three majors of 2019.

The combination of two recent wins and a ranking outside the top 60 isn’t one that comes up often on Tour, but Kizzire maintains a balanced perspective as he looks to get back to playing the kind of golf that will ensure he doesn’t miss any more majors in the near future.

“If I would have played better in between the U.S. Open and my last win, I would have gotten in. So my play was the reason I wasn’t in,” Kizzire said. “You certainly could look at it and say, ‘This guy’s got two wins, he should be in.’ But I’m not making too much of it.” 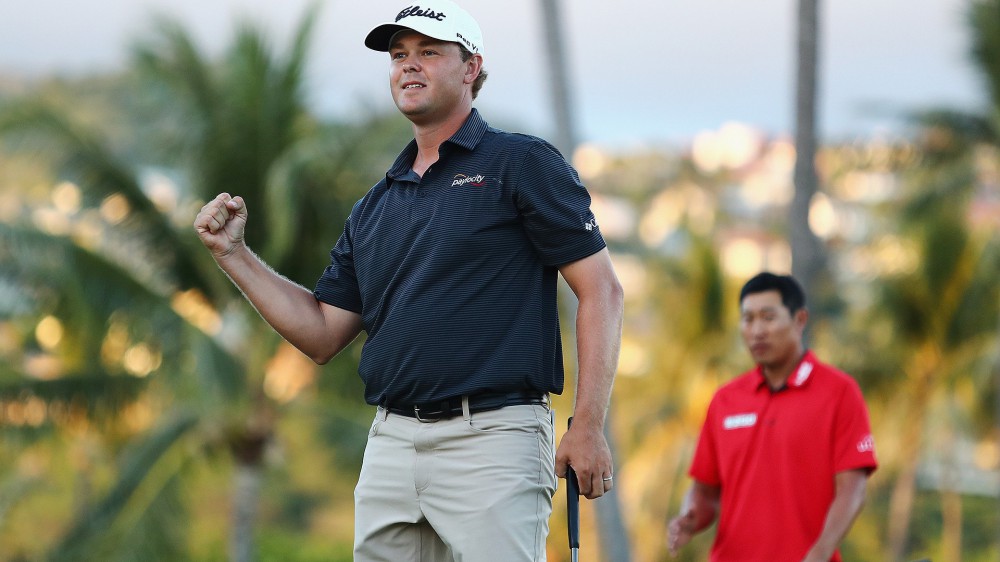