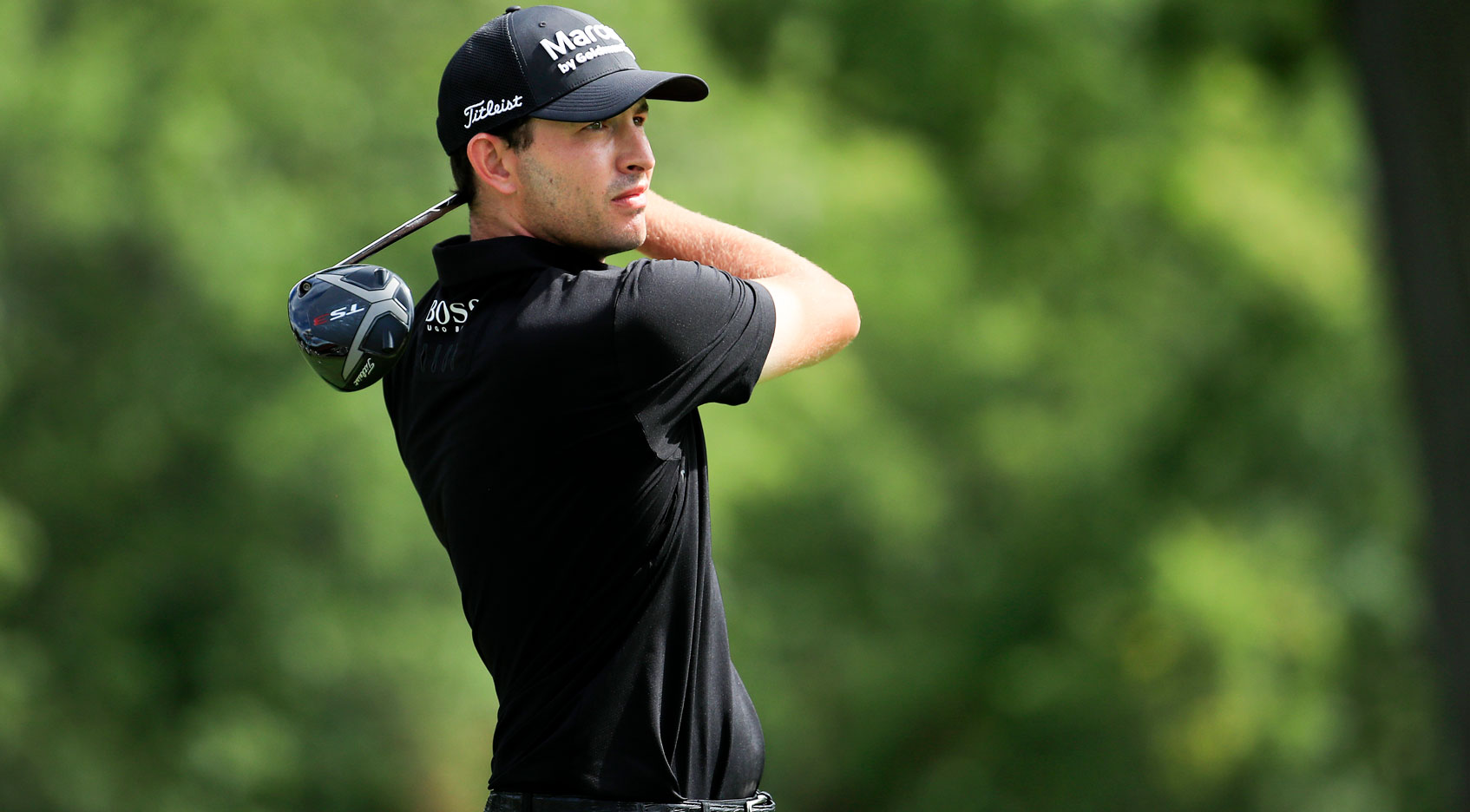 LAS VEGAS — Tied for the lead going into the weekend, Patrick Cantlay already was four shots behind before he hit his opening tee shot Saturday in the Shriners Hospitals for Children Open.

That didn’t bother him in the least. He knows what to expect at the TPC Summerlin.

A tee shot so far left on the 10th hole that he had to hit a provisional? That made him a little anxious, but only until he found his original, hit wedge to 4 feet for birdie and began his climb back to where he started.

When the third round ended, Cantlay and Martin Laird each had a 6-under 65 without making it look terribly special and were tied for the lead. Both got their first PGA TOUR victory at this tournament. Both have lost in a playoff. Both have played it enough times to realize birdie opportunities are there for everyone.

U.S. Open champion Bryson DeChambeau was among the exceptions.

He had a pair of double bogeys and back-to-back bogeys, all before he reached the seventh hole. At that point he was 5 over in a five-hole stretch, which he said felt more like 12 over on a course like the TPC Sumerlin. He rallied enough for a 71, though he was seven shots behind and had 30 players in front of him.

Those 30 players ahead of him starts with Cantlay and Laird at 20-under 193.

“I’m sure by the time I get to the golf course the lead will already be more than 20 under, which is what it’s going to be around here,” Cantlay said. “I think my strategy out here is to stay patient because I know there are so many birdie opportunities instead of pressing or feeling like I’m trailing, and realize that they’re out there if I hit good shots.”

Laird had one exciting moment when he holed a 50-foot eagle putt on No. 9. Otherwise, it was attacking flags when he could and playing for the fat of the green when it was too risky. Some wind late in the day made it a little tougher, but the scoring average still was 67.5.

“I have had good rounds every day, so I’m not going to change anything,” Laird said. “It’s been working and I’m in a good spot, so just keep going.”

Matthew Wolff got it started early. After making the cut with one shot to spare, Wolff had three eagles in a five-hole stretch and had to settle for pars on his final two holes for a 61.

Making three eagles at Summerlin is not unusual with a few short par 4s and all the par 5s easily reachable. Wolff, however, holed out on No. 11 from 116 yards. He drove the green on the 301-yard 15th hole to 15 feet and holed an 18-foot eagle putt on the par-5 13th.

He never really considered 59 because he was only 2 under on the front. He played the back in 8-under 28.

“If you only shoot 2 under on the front you feel like you never have a chance to shoot 59,” he said.

Wolff posted his 18-under 195 right as the last group was starting the third round, and it held until Laird was the first to get to 19 under with a birdie on the 13th.

Na had a 64 and was three shots behind along with Will Zalatoris, who has a chance to earn special temporary membership with a strong finish Sunday. He already is leading the Korn Ferry Tour points list.

Cantlay picked up birdies where he expects to except on the short par-4 seventh, where his drive was hung out to the right and found a bunker, leaving a 70-yard sand shot that he did well to get within 12 feet for a two-putt par.

He expects to birdie the 10th, but not after hitting a provisional off the tee.

“I was hoping that it would be somewhat OK over there and I could make a par,” he said of his original tee shot. “Fortunately, it wasn’t that bad and I was able to hit a great shot, so that was a bonus.”

DeChambeau, playing for the last time before the Masters on Nov. 12-15, did too much damage early on to recover. A wild tee shot on No. 2 led to double bogey, and while he missed the fairway badly on No. 6, what led to the double bogey was a three-putt from 12 feet.

Four straight birdies on No. 8 steadied him — he nearly drove the 419-yard 10th — but not enough. He failed to convert on the short par-4 15th and dropped another shot coming in.

“Didn’t really hit bad shots, just didn’t go where I wanted to,” DeChambeau said. “Went into some really bad places and unfortunately didn’t save par from them. Just stuff didn’t go my way today, and it’s OK. Not a big deal.”