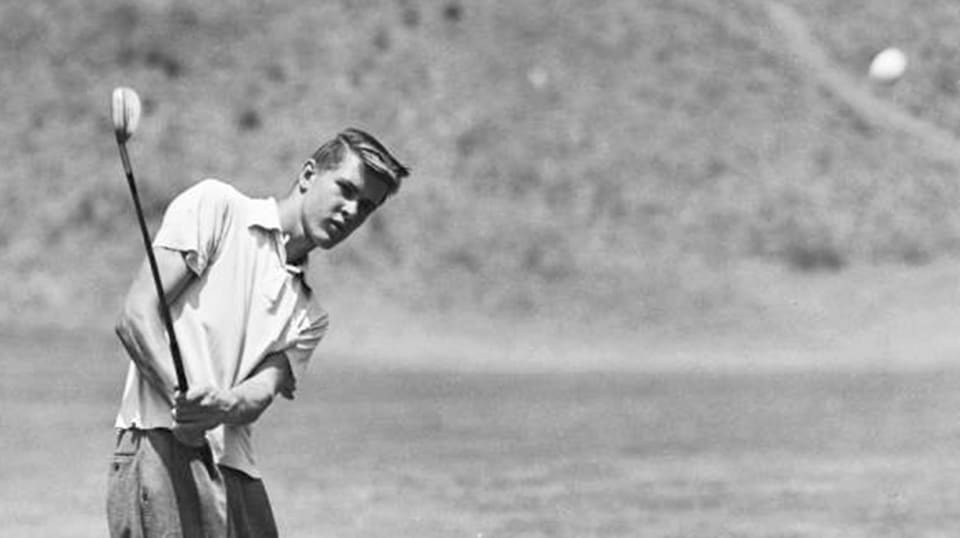 The best thing that happened to a young Bob McCallister occurred when his family elected to move from their home in Toledo, Ohio, to Southern California. It was there where McCallister found golf. The McCallister family joined San Gabriel Country Club, and McCallister’s father, Don, a single-digit handicapper, encouraged his 14-year-old son to give the sport a try. Within four years, Bob had surpassed his father in ability, so much so that he earned a scholarship to play golf for the University of Southern California.

McCallister and teammate Al Geiberger formed a formidable duo, each eventually making his way to the PGA TOUR after All-American careers. McCallister was a first-team selection in 1956 and 1957 and a third-team choice his senior year. McCallister was also the first and only player to win both the Pac-8 Conference and Southern California Intercollegiate titles in consecutive seasons.

McCallister, who suffered from Parkinson’s disease since 2009, died January 26 in Molalla, Oregon, of natural causes. He was 86. In his career, he built a strong amateur and professional record that included two PGA TOUR wins, two additional international titles and a legacy for future USC players that included eventual PGA TOUR players Dave Stockton, Craig Stadler, Scott Simpson, Sam Randolph and Jamie Lovemark, among others.

Although McCallister made several PGA TOUR appearances as an amateur, he didn’t turn pro until 1959, joining the TOUR full time in 1960 after serving in the U.S. Army during the Korean War. Stationed at Ford Ord on the Monterey Peninsula in California, he set the course record at the base golf course, shooting a 62—a record he held for more than 60 years. After his Army stint, he won his first pro title, the Paul Bunyan Open in Orono, Maine, in 1960, defeating Tony Lema at Penobscot Valley Golf Club to earn a $2,000 payday.

Fourteen months later, McCallister was a PGA TOUR champion, coming from five strokes back on the final day to capture the Orange County Open at Mesa Verde Country Club in Costa Mesa, California. That Sunday, McCallister shot a 66 to defeat his buddy Geiberger, along with Jacky Cupit, Don Fairfield, Marty Furgol and Phil Rodgers, by two shots. He punctuated his win by rolling in a 35-foot birdie putt on the 72nd hole to complete his comeback.

“I’m overwhelmed by this whole thing,” he said following his first TOUR title. “My theory ever since I joined the pro tour has been to do the best I could and accept the good with the bad. I had no idea I could win this tournament, but I guess this was just my day.”

In 1962, McCallister didn’t win but did turn in a second- and a third-place finish on his way to a 44th-place showing on the money list. His second-place outing came at the Phoenix Open, where he joined Jack Nicklaus, Billy Casper and Fairfield a distant 12 shots behind runaway winner Arnold Palmer. Later in the season, he also shot four rounds in the 60s in defense of his Orange County Open title only to tie for third, two shots out of a playoff between Lema and Bob Rosburg. Earlier in the year, he teamed with California Angels outfielder Albie Pearson to win the 1962 Bing Crosby Pro-Am

McCallister won again in 1964, his second and final TOUR title also coming in the Golden State—at the Sunset-Camellia Open. He held off Pete Brown and Stan Leonard by a shot on his way to the $3,300 first prize. McCallister struggled throughout the latter part of his TOUR career with early onset arthritis, severely limiting him physically. McCallister played five more seasons before retiring and becoming a club professional. In addition to his TOUR victories, McCallister won the 1966 Mexican Open in Monterrey, making a 21-foot birdie putt on the 18th hole to seal the one-shot win over Dudley Wysong, Jr. He enjoyed another Latin American triumph the following year, taking the Maracaibo Open at Venezuela’s Valle Arriba Country Club in a playoff over Wes Ellis.

After turning 50, in 1984, McCallister played in five PGA TOUR Champions tournaments and joined forces with Lon Hinkle in the unofficial Shootout at Jeremy Ranch that teamed a PGA TOUR Champions player with a PGA TOUR player. He played 16 total PGA TOUR Champions events between 1984 and 1987 and then made one final appearance, in 1995, at the GTE Northwest Classic outside Seattle. During his career, McCallister founded the Redding (California) Area Junior Golf Association and held head pro positions in California, at Chico’s Butte Creek Country Club and Redding’s Gold Hills Country Club and in Oregon, at Wilsonville’s Charbonneau Country Club.

McCallister is survived by his wife, Carol, and children Bill, Michael, Bobby, Brent, Kim, Tracy, Heather and Missy. He is also survived by 13 grandchildren. Funeral services are pending.