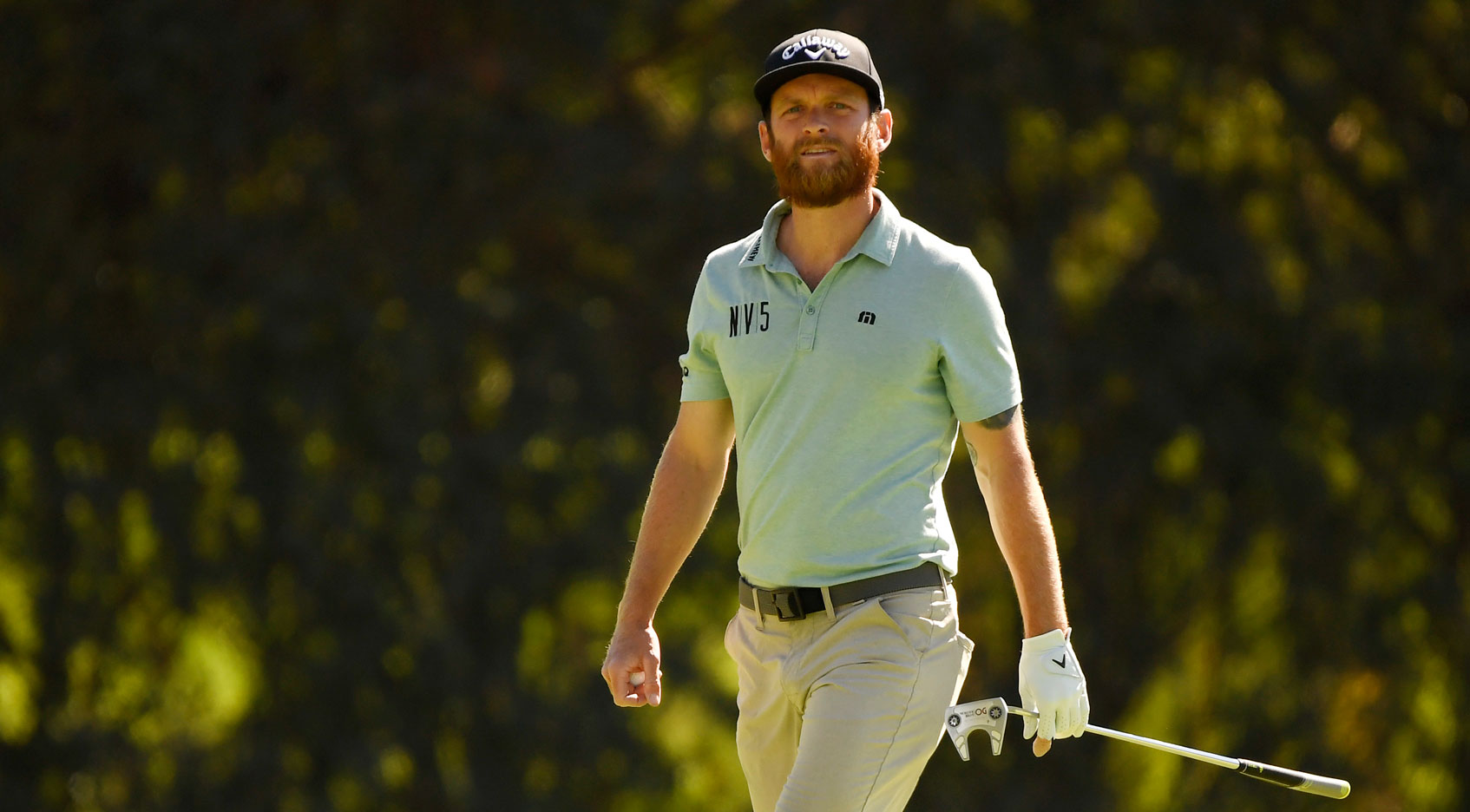 LOS ANGELES – Tyler McCumber is literally riding an agony and ecstasy rollercoaster as he continues to contend at The Genesis Invitational despite a smashed up left index finger that required emergency minor surgery to rip off his fingernail.

McCumber jammed his hand in a window on Tuesday at his hotel and feared he had killed off his hopes of playing at Riviera Country Club in the process. He even booked a flight home to Florida, but a painful procedure by a PGA TOUR doctor allowed him to cancel the early exit and take his place in the field.

Despite the discomfort McCumber opened the tournament with a tidy 4-under 67 and was six deep in his second round before a late fade resulted in a Friday 68 that left him 7 under and in third place as he signed his card.

“I was coming out to the course and I went to open the windows to cool off the hotel room before I left, and I smashed it in a sliding window door right in the crevice. It went underneath the back of the nail bed and lifted half of the back of the nail up,” McCumber said of his painful slip up on Tuesday.

“It was pretty torn up, but fortunately the surgeon on site, the emergency surgeon is a hand specialist. Dr. Modabber. So he gave me the option, he said we can bandage it up, obviously you can’t play because it’s just too painful, or we can do a procedure where we just rip off the nail, but half of the nail is still intact.”

McCumber, who sits 44th in the FedExCup thanks mainly to a runner up finish at the Corales Puntacana Resort & Club Championship and a T6 at the Sanderson Farms Championship last fall, chose to go through the latter. He cut off the corresponding finger on his glove to facilitate play.

Of course, being a millennial, the 29-year-old had the procedure filmed.

“He numbed the finger and ripped off the nail. It’s pretty gnarly. I got a good video out of it. It’s pretty bad,” he added. “Watching the video is almost more gross than in person. But he did a great job, he was very professional. He actually made the experience somewhat manageable.

“Basically I was able to kind of see if I could hit balls that next day and I was (able to). I just kind of altered my glove and kept it on all day and putted with it on. It’s a lot less (pain) without the fingernail on there, but you can tell it’s just kind of bleeding all the way through this bandage. Thankfully Riviera will take your mind off the pain.”