LOS ANGELES – NCAA champion Braden Thornberry eliminated world No. 1-ranked Joaquin Niemann of Chile in the opening round of match play in the U.S. Amateur on Wednesday.

Scotland’s Connor Syme also beat No. 2-ranked Maverick McNealy at Riviera Country Club in the 117th edition of the amateur championship with a pair of exciting matches between top talents.

The No. 3-ranked Thornberry followed up his individual NCAA title for Ole Miss and his fourth-place finish at the St. Jude Classic with a 2-up victory in a match between elites.

After starting his round with a double bogey, Thornberry steadily gathered steam. He surged ahead with a birdie on the 13th and punctuated the win with a 25-foot downhill birdie putt on the 18th.

Thornberry and Niemann became friends while playing together during the first two rounds of stroke play. They faced each other in the opening round only because Thornberry ended up with a low seed when he was forced into a playoff Tuesday to qualify.

”It’s kind of unfortunate for two of the higher-ranked players to play each other in the first round,” Thornberry said. ”But you’ve got to do it at some point.”

Thornberry’s speedy, self-taught swing and buccaneering style contrasted sharply with Niemann’s smooth game. Neither player took a lead larger than one hole until the 18th.

”We played together for three days,” Niemann said. ”He made so many up-and-downs, and he chipped in like three (times). Yeah, he’s got a really good short game.”

Thornberry won the NCAA title and the Haskins Award as the top college player earlier in the summer, and he will return to Ole Miss in the fall despite a St. Jude Classic finish that would have made him over $200,000.

McNealy, the Stanford student and former world amateur No. 1, lost 2 and 1 to Syme, with McNealy’s bogey on the par-3 16th hole making the difference in a tight match.

While these two could go head-to-head again in three weeks in the Walker Cup at nearby Los Angeles Country Club, Syme got the early jump on his rival in a well-played afternoon.

”I’ve obviously got massive respect for his game, and as a person, he’s such a nice guy,” Syme said. ”I played very solid and tried not to give him much. I always thought he was going to come back at me, which he did.”

The U.S. Amateur is being played for the first time at Riviera, the 90-year-old Pacific Palisades institution.

The Round of 32 begins Thursday morning. Match play continues through Sunday. 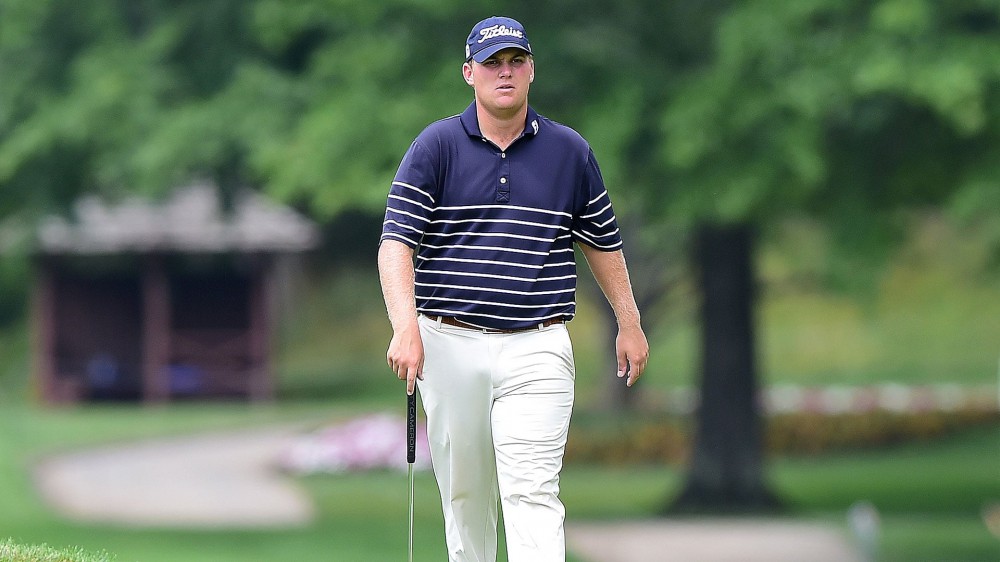