SAINT-QUENTIN-EN-YVELINES, France – The Americans are expected to get out to a fast start at the Ryder Cup, at least in the eyes of Las Vegas oddsmakers.

While the U.S. squad hasn’t hoisted the trophy on European soil in 25 years, the pairings captain Jim Furyk trotted out for Friday morning are favored in three of the four fourball matches to begin play Friday morning at Le Golf National. That’s according to the odds at the Westgate Las Vegas SuperBook, which were posted shortly after the groups were announced.

The biggest edge goes to the combo of Jordan Spieth and Justin Thomas, who are -160 to win their match (bet $160 to win $100) while Paul Casey and Tyrrell Hatton are +140 underdogs (bet $100 to win $140). The advantage is not quite as pronounced for Dustin Johnson and Rickie Fowler, who are -130 favorites to get the best of Rory McIlroy and rookie Thorbjorn Olesen at +110.

The final match is the closest on the betting line, with Tiger Woods and Patrick Reed slim -115 favorites over Francesco Molinari and Tommy Fleetwood, who are listed at -105. The only match in which the Europeans are favored is the opener, with Justin Rose and Jon Rahm (-140) expected to beat the long-hitting duo of Brooks Koepka and Tony Finau (+120).

The Americans remain a slim -130 favorite to win the matches overall, while Europe is a +130 home underdog and a 14-14 tie that would result in the U.S. retaining the trophy pays out at 12/1. 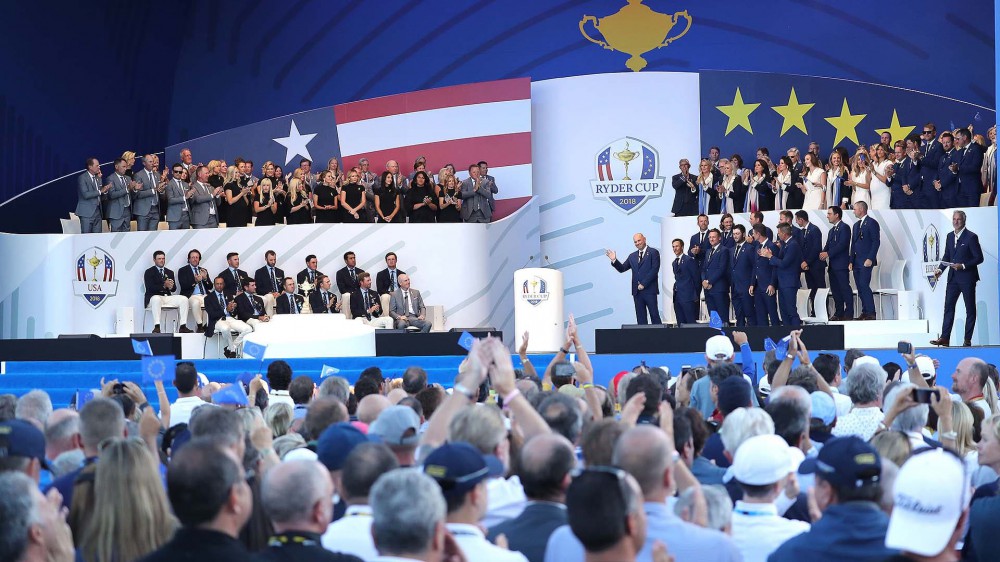