ERIN, Wis. – It’s the longest playoff format in golf, and it’s not going away anytime soon.

The U.S. Open bills itself as a grueling test, and that notion extends to how it decides a winner in the event of a tie. While the other three majors employ sudden death (Masters), a three-hole aggregate (PGA Championship) or four-hole aggregate (The Open), the U.S. Open uses an 18-hole playoff format. Speaking Wednesday at Erin Hills, USGA chief executive Mike Davis made it clear his organization has no plans to tweak that format anytime soon.

“I don’t think in the foreseeable future you will see a change in the 18-hole playoff,” Davis said.

The USGA used to have an 18-hole playoff for the U.S. Women’s Open, but in 2007 they opted to change that to a three-hole aggregate. Davis noted that that inconsistency opens them up to questions about similar switches for the men, but he pointed to the 1994 playoff at Oakmont among Ernie Els, Colin Montgomerie and Loren Roberts as an example of the current format’s merit.

The U.S. Open has not had a playoff since the memorable duel between Tiger Woods and Rocco Mediate at Torrey Pines in 2008, and a regulation winner at Erin Hills would mean the tournament went at least nine years in between playoffs for the first time in its history.

While Davis admits that it’s an aspect the championship committee will continue to address, he hopes that pro golf’s longest playoff format will continue for years to come.

“We could get one where maybe it would change our mind,” he said. “I’m kind of hoping it doesn’t happen under my watch.” 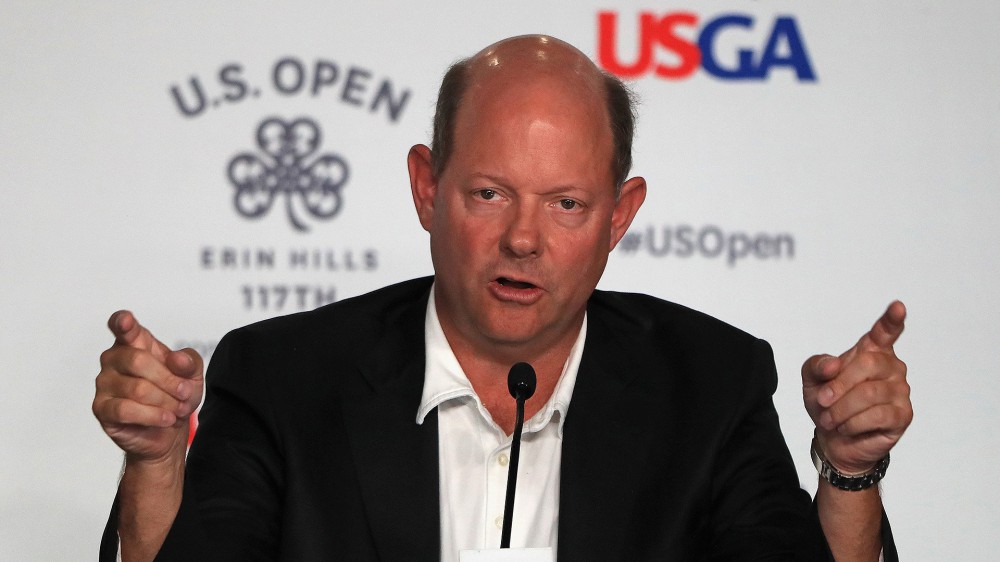 After Further Review: Fowler starting to sound like Phil