SAINT-QUENTIN-EN-YVELINES, France – Tiger Woods was one of the final members of Team USA to make it to the team room late Sunday in Atlanta after his travel plans were delayed by his victory at the Tour Championship.

As the team waited, captain Jim Furyk concocted a plan for Woods.

“I ran into Jim Furyk and he said, ‘We were thinking about giving Tiger the cold shoulder like they do in baseball when the guy hits his first home run.’ He asked, ‘Do you think Tiger will be OK with that?’” Woods’ caddie Joe LaCava told Ryder Cup Radio on Sirius/XM. “I was like, ‘Of course he would. He’s got a sense of humor.’”

The U.S. team had plenty to cheer on Sunday with vice captain Steve Stricker also winning on the PGA Tour Champions. But it was Woods’ reception following his 80th PGA Tour victory and his first in five years that provided the best reaction.

“Tiger shows up about a half-hour later and is looking for some high-fives from everybody and they wouldn’t give him the time of day. They weren’t even looking at him, they all have their backs to him,” LaCava said. “He’s looking at me like what’s going on? He’s not a guy who is looking for fanfare, but these are his boys. He’s looking for 11 guys to run up and give him a good hug.”

LaCava said the team ignored Woods for about two minutes before breaking the silence with cheers and congratulations. 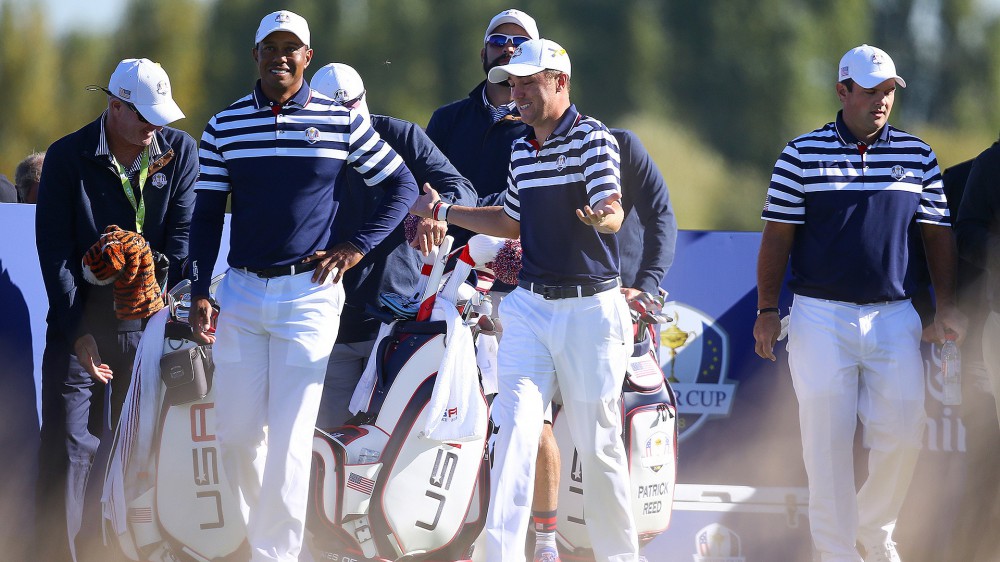 Wind, not rain more a weekend factor at Open