INCHEON, South Korea – The Republic of Korea will roll out the only roster made up entirely of major champions when the UL International Crown begins Thursday morning at Jack Nicklaus Golf Club Korea.

That’s Wednesday night back on the East Coast of the United States.

The first three rounds are pool play, with four countries in each pool playing fourball matches against every other country in their pool.

Pool B – The United States, Japan, Thailand and Sweden.

• A country will play two fourball matches against the three other countries in their pool over the first three days.

• Each team plays a different country (within its pool) each day.

The two countries with the most points in each pool automatically advance to Sunday.

• If there is a tie for first or second within a pool, the following tie-breaker will be used:

– Total points accumulated in head-to-head matchups between the tied teams.

– Total number of matches won in all six four-ball matches.

• The country with the third most points in each pool will compete in a wildcard playoff on Saturday night to determine the fifth and final country to advance to Sunday.

• Each country in the wild-card playoff must choose two players to represent them (within 5 minutes of the conclusion of regular play). The format for the playoff will be sudden-death fourballs. The tie-breaker will be the second ball from each country.

• The five countries will be seeded based on their total points from the first three days.

• If countries are tied, the following tie-breaker will be used:

– Total points earned in head-to-head matchup (if they were in the same pool).

– Total number of matches won in all six four-ball matches.

• With five teams advancing, that leaves 20 players for Sunday singles, setting up 10 matches. Each country will play one singles match against every other country that advanced to singles.

The country with the most points accumulated over four days wins. If there’s a tie, a Sunday playoff will determine who wins the crown:

• Each country in the playoff will choose a single player to represent it (within 5 minutes of the conclusion of play).

• The format will be sudden-death match play. 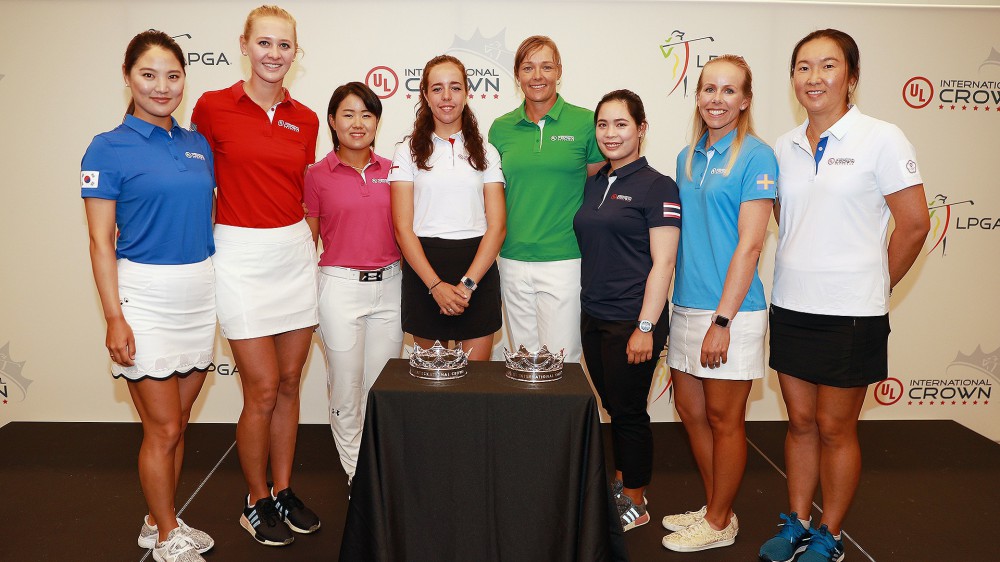