ANTALYA, Turkey – On Monday the European Tour announced next season’s schedule which included a new event that will be played in Saudi Arabia in January.

The news comes amid growing tensions between the Turkish government and the leadership in Saudi Arabia following last month’s death of journalist Jamal Khashoggi. Turkish investigators say the Saudi journalist was murdered in the Saudi consulate in Istanbul.

On Saturday at the Turkish Airlines Open, European Tour chief executive Keith Pelley was asked if he had any concerns about the new Saudi event as backlash to the apparent murder grew.

“We have heard some of the criticism of the region. Obviously, freedom of speech is far more available now based on social media,” Pelley said. “We’ve heard and we have listened. We will continue to monitor the situation and Saudi International is on our schedule in 2019.”

The Saudi International adds to the European Tour’s line up in the Middle East and will be a key part of the Continent’s schedule next year coming directly after high-profile stops in Abu Dhabi and Dubai.

“The region in the Middle East, with the DP World Tour Championship [in Dubai later this month] coming up is very important to the European Tour,” Pelley said.

Pelley added that he’s not been in contact with any of his players, sponsors or tournament organizers regarding the event in Saudi Arabia, but earlier this week Padraig Harrington was asked if he had any concerns that the tour could become embroiled in the controversy.

“It’s a difficult decision, I’m sure it was not taken lightly,” Harrington told Press Association Sport. “The European Tour, like a lot of people, are trying to build relationships around the world and looking to move forward.

“Then, of course, the question comes when you go to something like this – are you helping by going or by not going are you pushing them away and making society poorer and weaker and less open by shutting them out?” 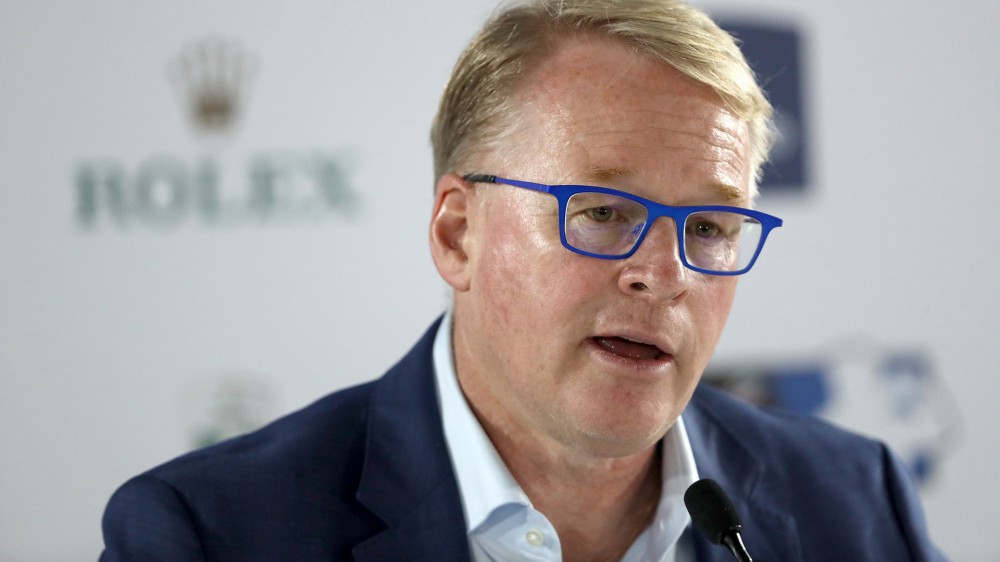 Wie out at least two weeks after emergency surgery

Women’s Open headed to Muirfield for the very first time