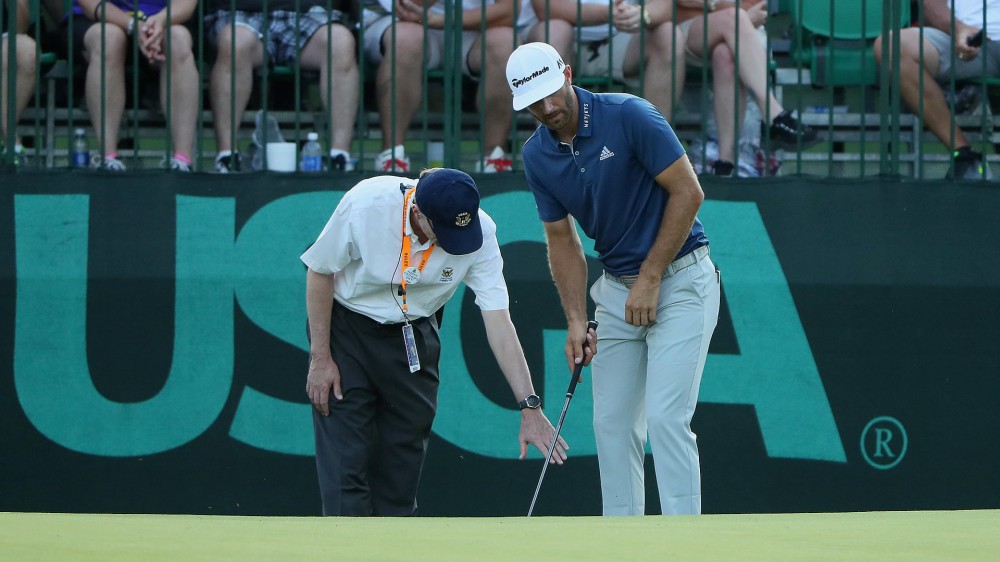 ERIN, Wis. – After last year’s debacle at the U.S. Open, the USGA has introduced two new measures that it hopes will allow rules officials to expedite the decision-making process.

John Bodenhamer, the USGA’s senior managing director of championships and governance, said that there will be four on-course video review locations at Erin Hills. The five committee members, each of whom will be equipped with a tablet, will be able to huddle and make quicker decisions that will then be relayed to the player.

Thomas Pagel, the USGA’s senior director of rules, will serve as the “chief referee” of the committee and be “empowered to make instantaneous decisions.”

“Our intention is to act as quickly as possible while being thorough in the consideration of all the facts and also being thoughtful in communicating with the player in an expedited and decisive way,” Bodenhamer said.

The USGA also announced that, for the first time since 1991, it will use a stationary referee model as opposed to walking officials with each group. (This more closely resembles how the PGA Tour handles its rules situations.) Bodenhamer said officials will receive two or three hole assignments to study instead of having to be an expert on all areas of the course.

The implementation of these two measures is a direct reaction to what transpired at last year’s U.S. Open at Oakmont, when it was not immediately clear whether leader Dustin Johnson would receive a one-shot penalty.